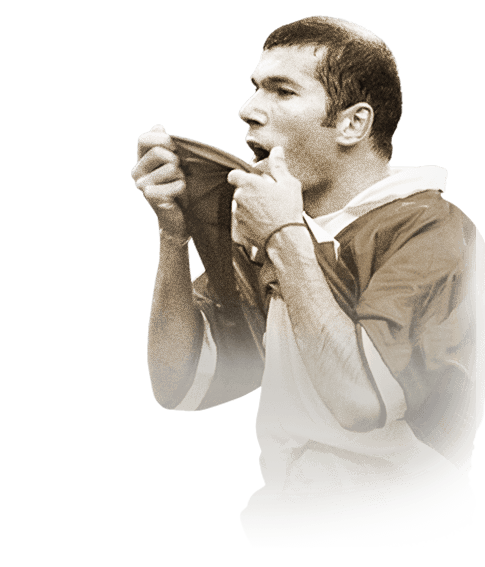 Finally an allround Zidane usable in any offensive role except winger.

Due to the fact that I play different tactics in a game I always need a player who can do a lot of positions.

His price tag is very high, but my team is pretty awesome with mid cruyff, ribery, atal, sanches, aouar, mendy so I could put all coins into one card.

I tried most versions of Cruyff, R9, CR7, R10, Garrincha, Pele, Maradona, Cantona., Gullit, Kaka. Every card has its pros but lacks at least one important stat for me. (WF, stamina, strength, traits, composure, defensive abilities)

But this PRIME MOMENTS ZIDANE ... offers so much versatility and he shines on any position.

I never had this card before in any FIFA and can't think there will be a better one this year for 8kk.