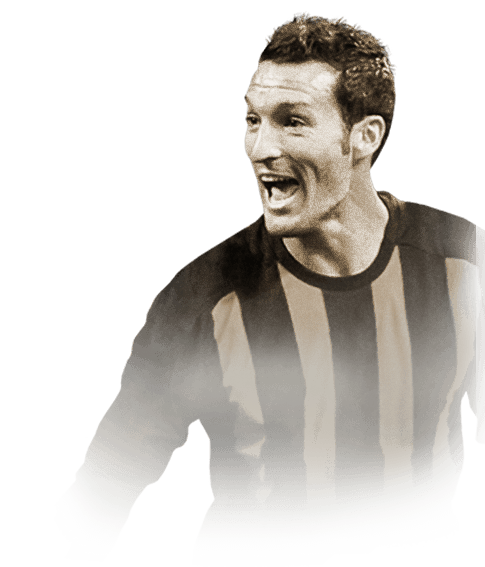 -
Sub out
Upcoming Matches
P. Chemistry
Squad chemistry
ST
84
RW
86
LW
86
CF
86
RF
86
LF
86
CAM
85
CM
87
RM
87
LM
87
CDM
89
CB
89
LB
90
LWB
90
RB
90
RWB
90
Reset
Basic
Sniper
Finisher
Deadeye
Marksman
Hawk
Artist
Architect
Powerhouse
Maestro
Engine
Sentinel
Guardian
Gladiator
Backbone
Anchor
Hunter
Catalyst
Shadow
Comments
Reviews
0
/600
Click here to verify your account in order to comment Update my avatar Dos and don'ts
Top Rated
New
Controversial
Show comments
Top Reviews
Only logged in users can submit a review
A review must be written in English
At least 200 characters are required.
Compare this player to other similar players you have used(optional).
If you import your club to FUTBIN or send us an image with the player data(fill the form below) your review will be marked as verified.
Include what you liked about the player in the pros area and what you disliked about the player in the cons area.
Your review will be manually checked during the next 24 hours.
Chem Style Used
Formations
Position
Rate Player Base Stats (1-10)
Pace
5
Shooting
5
Passing
5
Dribbling
5
Defending
5
Physicality
5
Most Used In:
Submit Review

5.0
Best RB in the game
36 users liked this review

When i say he is the best rb, it's no joke. He is better than any rb i have used this fifa, that includes tavernier, klaiber, de sciglio, rttf cancelo and so on, and seriously he is better than all of them. He is the ideal rb ngl, just everything is perfect and even his shooting and wf are amazing for a rb. Just a really nice card and even though he is expensive i'd 100% recommend getting him. You can always build him up over time since he lasts until may

I used him as my RB in the 4-2-2-2 with 2 different sets of instructions. 1. The stay back while attacking, 2. The balanced instruction. I used him with the Anchor Chemistry style to boost that Pace, Defending as well as his Physical statistics. I played 3 games in Division 1 Rivals. Let’s begin.

1.4 million is quite steep for a RB to be completely honest. You can pick up equally comparable players at a fraction of the cost :/ A fair price for him would be 800k-900k coins.

I’d say he is a meta fullback in this game and can be used competitively. He has the coveted 5 star weak foot and 4 star skills combination, making him an extremely versatile Fullback as he can be used effectively to transition from defence to attack and vice versa! He has NO CONS overall and is a supremely well balanced card!

For a RB, he is outstanding in terms of his finishing ability, dribbling, passing and his Defensive AI is exceptional as well, and if you’re a competitive player, an Italian or AC Milan fan, you will absolutely love this card.

His pace overall is quite impressive for a RB. A combination of 92 Sprint Speed and 91 Acceleration when boosted by a further +5 with the Anchor chemistry style, make him feel rapid while sprinting forward and while tracking back as well. He could easily catch up to any on-rushing attacker and could also burst pass most players while attacking effortlessly.

Very impressive shooting for a RB, especially since he has that 5 star weak foot. He doesn’t have the best Finishing statistics, but has insane Shot Power (96) and Long Shot (93) Statistics, so just blast it inside the box or around it on either foot and hope that shot power makes it fly in. The 90 Composure statistic also helps with his finishing inside the box.

His passing was OUTSTANDING on either foot, and that 5 star weak foot is a luxury while passing short or spreading the play with him. He has great passing stats with a combination of 82 Vision, 87 Short passing, 97 Long passing and 86 Curve. His down-the-line passes with that curve on it was a thing of beauty, and were always weighted perfectly. I could easily pick out my players on either foot effortlessly and was able to play some laser accurate passes to play my other attacking players through on goal.

His dribbling overall was quite responsive for a RB. He is one of the best dribblers when compared to most of the RB’s in the game. He has a slightly wide body-type, which may not make him feel Neymar-esque, but overall I could use his dribbling quite effectively. It was touch tight for the most part even in slightly delayed rivals gameplay. He has great dribbling statistics across the board for a RB and it certainly can been felt and seen in game. He could twist, turn and change direction effortlessly and also has the 4 star skills at his disposal. There is no need to boost his dribbling with a chemistry style as his 79 Agility and 78 Balance aren’t really very bothersome in-game to be honest.

He has insane defending stats across the board, and when further boosted with the Anchor/Shadow chemistry style, they are all in the 95+ region. He was superb defensively on the stay back while attacking instructions, and NEVER pushed out of position unless I manually prompted him to. The High/Medium work rates were totally negated with those instructions. He has a slightly wide body-type which enhances his defensive wing-span and his AI’s ability to make auto-blocks and interceptions.

At times, and this is very rare, I noticed my opponents attackers slip past him while counter-attacking me on the wings. That is my only complaint defensively, and it is a very small one.

He has above very impressive strength for a RB (86 strength) and can contest physical duels effectively. He will push off most on-rushing attackers effortlessly. His wide body-type improves his ability to shield and bump players off. His 92 stamina is more than adequate to last

Hi everyone ! When this sbc come out I hesitated a lot cause I didn't know who to choose between Makelele and Zambrotta as I needed a CDM in my team but I was seeing that Zambrotta had a very better card ! So I chose Gianluca and he is definitely an endgame player. I used him as a balanced CDM next to Acuña in a 4-2-2-2 and he is absolutely fantastic. He can do skill moves (4*), give the ball with both feets (5*) defend and win headers ! What impressed me the most was his passing in the midfield very impressive, Eto'o and CR7 could receive amazing passes ! If you can afford this SBC, do it now, Zambrotta can play in any position.

SBC so we can do it with untradeable fodders

He has it all basically

I don't see any for the moment