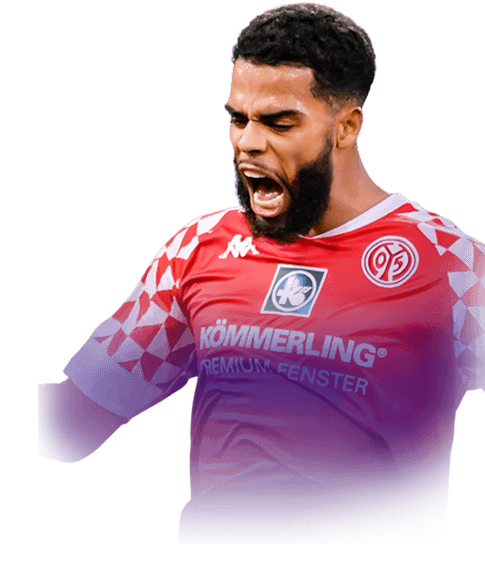 0
Sub out
Upcoming Matches
P. Chemistry
Squad chemistry
ST
79
RW
81
LW
81
CF
80
RF
80
LF
80
CAM
81
CM
82
RM
83
LM
83
CDM
85
CB
85
LB
84
LWB
85
RB
84
RWB
85
Reset
Basic
Sniper
Finisher
Deadeye
Marksman
Hawk
Artist
Architect
Powerhouse
Maestro
Engine
Sentinel
Guardian
Gladiator
Backbone
Anchor
Hunter
Catalyst
Shadow
Comments
Reviews
0
/600
Update my avatar Dos and don'ts
Top Rated
New
Controversial
Show comments
Top Reviews
Only logged in users can submit a review
A review must be written in English
At least 200 characters are required.
Compare this player to other similar players you have used(optional).
If you import your club to FUTBIN or send us an image with the player data(fill the form below) your review will be marked as verified.
Include what you liked about the player in the pros area and what you disliked about the player in the cons area.
Your review will be manually checked during the next 24 hours.
Chem Style Used
Formations
Position
Rate Player Base Stats (1-10)
Pace
5
Shooting
5
Passing
5
Dribbling
5
Defending
5
Physicality
5
Most Used In:
Submit Review

I was waiting for this sbc for a while as he fit my team perfectly with klaiber, rttf wijnaldum, and my prime Van Der Sar I got from prime icon player pick. However when he first came out I thought he was underwhelming as many others thought. I decided to do it anyway as he still fit my team perfectly and Leroy fer at cb wasn't cutting it in D1. The player he feels most like is opara rule breaker which I used for fun in an all American team, and Kyle Walker IF. Honestly he was as good or even better than any defender I have used in Fifa. You can call me a rat but I used a shadow on him to almost max his pace and make his defense insane. For a center back he felt insane on the ball like full backs do and the 5* skills were super fun on him even though I conceded a few times because I was skilling in the back. His passing was great with it being one of the best passing I have used on a center back all year. His pace saved him in many situations and was blazing fast. I had no problems with his defending as he made every tackle and most did not bounce back to my opponent. His physicals, even without an anchor, were no problem, and he was strong enough for most situations. This is a great card and super fun to play with even if his price was a little much.

Hello, I might not be the best when it comes to review players, but I think this should be done because this dude is getting a lot of hate. About that, I can understant that he maybe costs too much, but in my opinion the player himself is worth it, the problems are the links,+ you have to consider that if you have fodder he also may be free to you. So I recomend St. Juste if you don't need to change and buy a lot of players just to link him. A lot of people also don't consider good doing this sbc because you could buy someone like Akanji or Klostermann off the market, and I think they are right but only if you pay a lot of fodder for this sbc, if you can do this for free or spending few credits I think you won't be disappointed, and also he's different from any other cb option at least in the Bundesliga. Let's finally talk about his performance in game: he is really fast and the fact that he has a lot of agility and 5 star skill moves makes him "good with the feet", and that's also a reason he can play well cdm. He is really fast and the best if you want to wait for the attacker's move, pressing both L2 and R2 (LT and RT) he won't let your opponent get past you. He is not invisible on the pitch and his work rates haven't been a problem for me (just like his height, not a problem). Also he should always win the ball, but note that you have to be precise doing that, while other more physical defenders would just take the ball automatically, if near. I put shadow on him because his strenght already feels good and I would avoid making him feel "heavier", but it's always the same player.

Won't give the opponent the ball with bad passes

5 star skill moves to have fun

Price (but read above)

Needs to defend in a certain way

So as I saw this sbc I thought it's overpriced af, but I needed him for my team so I did him anyways. I played him five games until now and I am really impressed. He is agile beast. If you are scared of playing against Neymar and Mbappe, don't worry, you have St. Juste. You definitely notice his speed as he was faster than Mbappe and Neymar in these games. Sometimes he feels a bit weak when he has the ball, but that's not a big deal for me (maybe for you). 77 sliding tackle feels much higher like 90. His positioning is very good. I gave him the chem. style Anchor and he was a beast. So if you want to play an agile and fast centre-back without playing fullbacks as centre-backs, he is definitely the best option.

best centre-back I played this year

sometimes he doesn't feel that strong with the ball (he loses the ball sometimes in a 1vs1), but it's not a big deal if you pass the ball quickly to someone else.