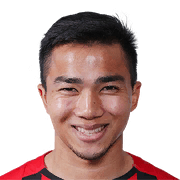 5
Sub out
Upcoming Matches
P. Chemistry
Squad chemistry
ST
67
RW
75
LW
75
CF
73
RF
73
LF
73
CAM
74
CM
68
RM
74
LM
74
CDM
50
CB
36
LB
51
LWB
56
RB
51
RWB
56
Reset
Basic
Sniper
Finisher
Deadeye
Marksman
Hawk
Artist
Architect
Powerhouse
Maestro
Engine
Sentinel
Guardian
Gladiator
Backbone
Anchor
Hunter
Catalyst
Shadow
Comments
Reviews
0
/600
Update my avatar Dos and don'ts
Top Rated
New
Controversial
Show comments
Top Reviews
Only logged in users can submit a review
A review must be written in English
At least 200 characters are required.
Compare this player to other similar players you have used(optional).
If you import your club to FUTBIN or send us an image with the player data(fill the form below) your review will be marked as verified.
Include what you liked about the player in the pros area and what you disliked about the player in the cons area.
Your review will be manually checked during the next 24 hours.
Chem Style Used
Formations
Position
Rate Player Base Stats (1-10)
Pace
5
Shooting
5
Passing
5
Dribbling
5
Defending
5
Physicality
5
Most Used In:
Submit Review

So if you're here, you're probably looking at silver players to make a good team for the Silver Lounge. With all the great attacking talent that some sweaty silvers do have, not to mention the TOTW ones we've already gotten, this little guy might go off the radar. I just knocked out the Che Adams objective after finally committing to making a team, so I only have three games played with him, but I felt that was enough to write this review. He is super quick and actually seems quite fast at straight line speed, perhaps due to his 92 agility and 94 balance. 5-star skill moves speak for themselves, but it is so fun to pull off all those with such a small guy. His passing and shooting are pretty much what you would expect, I didn't have any problems with either but I'm also not trying to bang in outside-the-box shots. Overall, he is 300 coins and links well with the likes of Marcos Junior and Anderson Lopes, so he's definitely worth a run!

Lastly, I totally checked the team's stats after I finished my 3 games and forgot that these guys will likely never have any games played on my team due to the friendlies lol

No problems with shooting

Not gonna win any headers

Physical if I had to nitpick, but he wasn't getting pushed off the ball at all due to his quickness

So i found this card in the J1 Swaps two months ago and I found him great, his 5* skills combinated with his height, body type and 92 agilty, makes this card the destroyer of every silver defense, he just wooshes down the pitch doing skills and great passes. After this really good expericence, two weeks ago when Weah went out, I decided to give him a chance in Silver lounge, and he didn't fail me, alongside Marcos Junior, Andreson Lopez, and Maeda, I made a good, cheap and meta atack for silver lounge, using Chanthip as my center CAM, which went great because I could pass defenders with some skills and pass it to Andreson Lopez, and it will be a goal. His 3* weak foot actually wasn't a problem for me at all, he has a decent shooting that can beat goalkeepers with no problems.

One big con of this card is is Physical, he will never win a header or a 1 vs 1 to a defender, which is a big problem if you use crosses and long balls, but with his body type, agility, dribbling and pace, he beats defenders in sprint and gets right in front of the goal.