Sooooo.. Where to begin?

Although he is quite tall, he doesn't feel too clunky (tsk tsk Immobile) and his pace is quite apt, so no problems there!

Yeah, it isnt good, but with a hunter or a Finisher it will be next-level

If you're using him as a ST, you dont need it. End of. BUT, If you decide ot play him CAM, lemme tell you he shines there too. Put a Catalyst or Deadeye to boost it.

OMG. WOW. despite being tall, he feels smooth on the ball and has banged in loads of goals by sending AWB and TAA to the shops.

wdym? In terms of defending, we have no defending (stolen from Gru the GOAT)

low. Yes. But for me he was ok since he rarely needed to run around the pitch since his positioning was SO GOOD., and no more fighting with CBs like MMA night since he was too fast for them! 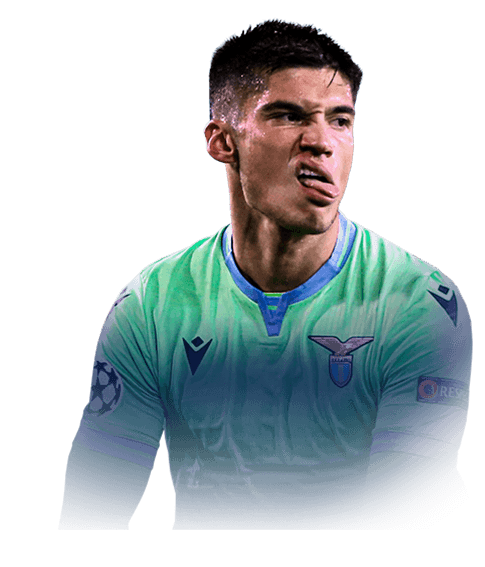 Formation: 4-2-3-1Position: CAMChem Style: HunterRecord: 30GP - 17Goals - 15AssistsWL Record: 16W-14LThis is my first ever review on a card and if that doesn’t already tell you enough i’ll tell you all the reason why you need him. He’s probably the most fun card i’ve used so far this FIFA.Pace:Not Adama Traore quick , but with Hunter he felt rea...
Read full review

So, let's begin from his price: just a few hours to get it.He is BROKEN OK? He is very tall and can actually take it with a decent header, he is also very fast and phyisical, so it's very hard to get the ball from him for the opponents, amd his shoot (with finisher) is perfect.He's also 4*4*Very reccomended
Read full review

One of the best Objective Cards in this FIFA

This card is, without a doubt, one of the best cards I've used this year. Even though he's got 71 balance, he doesn't feel clunky on the ball and is a very, very good CAM. A Deadeye on him makes him class in all areas of him stats-wise. He could also get further upgrades (unlikely since Lazio have Bayern in the RO16) and that would make him even better. If EA did another Summer Heat pro...
Read full review
0
/600
Update my avatar Dos and don'ts
Top Rated
New
Controversial
Show comments