First of all I want to adress the fact that English is not my native language, just so you know. Now I’ll begin the review. This review is based on his first stage RTTF card, 80 overall. I bought him for 130k coins and was sceptic about him costing this much. But I’m a curious person, so I tried it anyway.

The most important stat on his card is the 94 pace, which is insane. He won’t need a chem style to boost that, so I used the finisher chem style. Both his shooting and dribbling stats are already great, but were now even better. He’s a really smooth dribbler and even glitches his way through the defense like Promes and Rashford. Finishing is also great, just like his positioning and shot power. His long shots could be better, but I never score long shots so that’s fine. In the 15 games I’ve played with him, he scored 22 goals and made 6 assists.

At first I thought that his passing was going to be a struggle, but it worked out great. His physical stats are OK, but he doesn’t excel in that.

So to answer the question if he’s worth the 100k (this is what he’s worth ATM), I’d say thath he’s absolutely worth it. I haven’t tried Lewandowski (IF) and Haaland (IF), but for me he’s the best striker in the Bundesliga. The odds of him getting an upgrade are high, Hoffenheim currently is top of their group with 9 points. 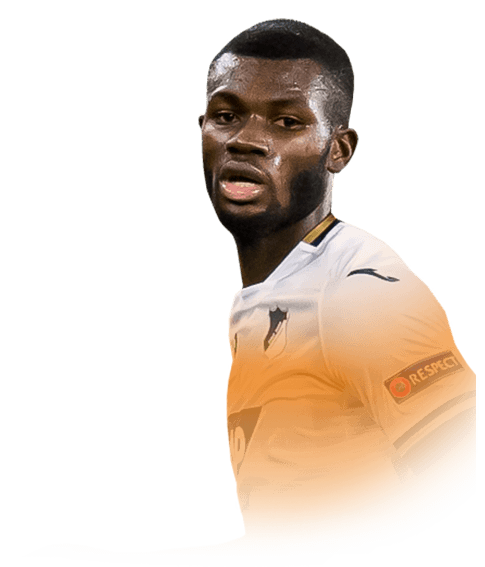 Don't worry, Varane is no match for the goat IHLAS BEBOUUUUU. This card is truly amazing, especially if you are looking for an actually decent Bundesliga striker. Too bad Bebou is not decent though, because he is amazing. His agility and dribbling make him feel as smooth as Akinfenwa's biceps. Once you use this amazing dribbling to get anywhere near the goal, press B and go shimmy on your poor opponent. You have to try this...
Read full review

What a player this guy is and with an almost guaranteed upgrade to 83 in the coming weeks I am more than excited. I was lucky enough to pack him in an sbc untradeable pack. At first I had never heard of this guy as I have never done the silver objectives so my first 5-6 games were with him as a super sub. It was through this time in div 3-4 rivals I realised how good this guy was scoring braces and hatricks after coming on ...
Read full review
0
/600
Update my avatar Dos and don'ts
Top Rated
New
Controversial
Show comments