So it's very late to do reviews on him, and he isn't meta or anything... but he's stayed in my squad from the beginning. I play rivals div 3 (kinda stuck there) and I basically finish around gold 2 weekend league.

With my 3-5-2, the wide players have to be able to do any and everything to an acceptable level... and he does just that. My DM positions have both Llorente and Valverde so there's adequate cover if he's caught out, this WILL happen against high pressing teams.

I've tried a few other higher rated LBs but I think he's the most balanced for a la liga based 3-5-2.

Just don't expect goals and assists from him, he's more or less a workhorse in this formation.

Adept at almost everything.

Playing in the 3-5-2 he will get a lot of space to work with against mid to low defensive tactics, you can easily have the chance to stick to the line and cross or if further in drive in for a shot.

He can volley! (with hunter)

Combination of balance, strength and dribbling stats make him very dependable on the ball (he is no Neymar though)

Not an aerial threat 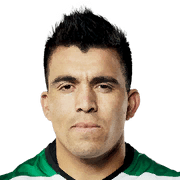 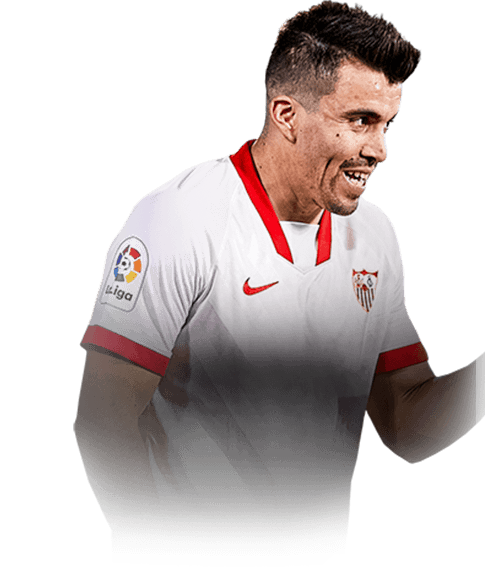 Two great cards and a promo that looks quite interesting. I decided to make Acuña instead of Coquelin because he is way cheaper and in my opinion he is probably better Midfielder. But of course he is the only decent French Midfielder of LaLiga so I understand. And I also think and hope Sevilla will win. I liked this promo because it is like last years summer heat cards that got upgraded. This year is only +2 but still look...
Read full review

Hello guys, today I'll review the Showdown Card of Acuna and tell you if he's worth 170k or not. He plays as a LB in my team in the 4231. I made this SBC because I didn't want to play my untrade Mendy anymore and he is such an improvement. He is better in every stat except pace, but with shadow he is like flash, unbelievable fast.Pace 9/10:As I said, with shadow he is really fast and can outrun nearly everyone...
Read full review

I saw him, and i knew. i needed this guy in my team. This card is amazing!i use him as a cdm with get forward on it. He is everywhere. like really everywhere. He attack, he protect. he bullies my opponents for fun.With a shadow. this guy is fast like a bullet. You dont need extra strenght.He is strong and because this guy has some aggression. he is like a pitbull who wont let go of its target.sho...
Read full review
0
/600
Update my avatar Dos and don'ts
Top Rated
New
Controversial
Show comments