Hello guys, first of all sorry if i do some english mistakes

I've been using a lot of strikers this year on my main account (CR7, IF Rashford, IF Ben Yedder..) and i got banned so I created another account and i needed a quick, strong, deadly finishing striker and Depay is just that. Im not gonna lie, he is not a Rashford a Mbappe or a CR7 but for 150k atm in the game you wont find another striker like memphis.

I use him in a 4231 as a ST or in a 4222 as ST as well, the first 5 games i wasnt very happy with him cause i was bored to go the the market and buy a hunter for him so i played him with Maestro, he was ok but he was very clunky and he wasn't scoring. Then i applied Hunter on him and the magic just happened. He has a right foot guys honestly i have never seen a player with shots as powerful as his, do you see the animation when the keeper isnt even diving for the ball but just turning is head like a chicken watching the ball going like a bullet in the top corner ? He triggered this animation every 2 games, his finishing is amazing and long finesses shots are just same level as a messi or salah but with 10000X more power. His dribbling are great, not like a ASM or Neymar but even when the defender manage to put a feet at the right moment in the skill Depay's power make it trought and he will keep the ball on his feet. Not gonna lie he is not THAT fast, i mean he can go fast to catch a deep ball but the first 10 meters are like a martial or a haland, powerful but not amazingly fast. He get catched a lot sometimes by Varane or Gomez but once again, play whith his dribbling and atlhetic capacities and he will break ankles. Passing is surprisingly pretty decent, but even if he can finish with powerful left foot shot, his left foot passes are honestly pretty trash sometimes. I would recommend to play him as a striker only if you play quick R1 passes cause he is a bit slow to start and to pass. Depay is not the kind of player that an average new player could use and who will play alone like mbappe, you have to know the meta, and learn how to use it, it took me 10 games where i was quiet disapointed but if you combine him with a deadly agile CAM like IF Gomez for me, he is so good and makes me enjoy the game more than with CR7 i swear. Once again, his finishing with hunter its just another world, first post power shots, finesses shot, longshots, volley its the man you need if you dont rush on the sideline and cross like everyone. If you like to build your attacking, to wait for the perfect timing to make the pass, break the defender in half and get a 1V1 with the goalkeeper, Depay is THE man you need. 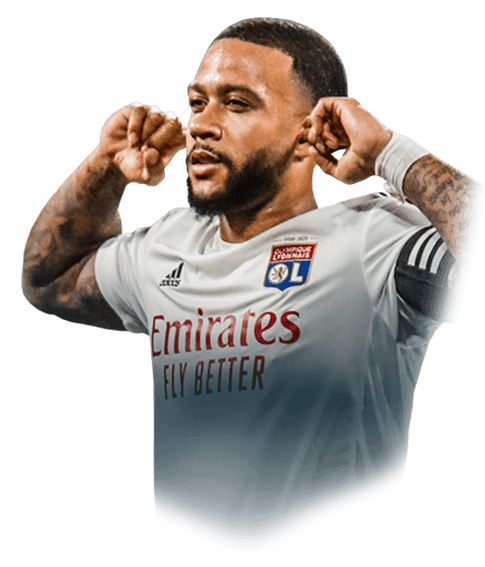 First review of the year

First of all, I have to say that I waited a fair amount in order to review a card this year. When I saw this Depay I knew I have to do him in order to fit him near the RB Denayer (which is so good for me). Depay is the kind of striker that can change a game at 180 degrees with his ability on and off the ball. But, if yo...
Read full review 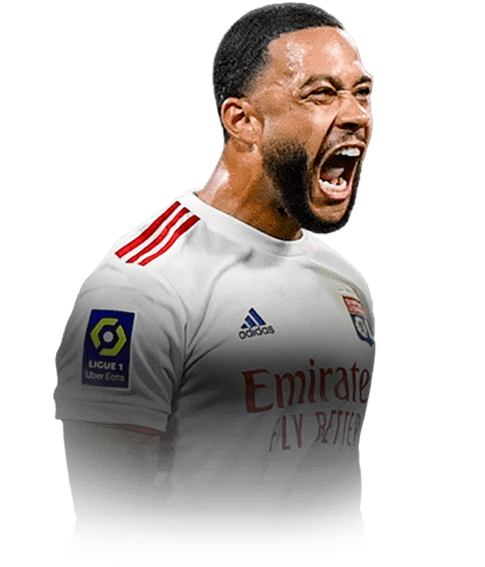 This is my first review, and a great one I hope, I scored 10 goals and delivered 8 assists in 10 matches on DIV 3 and 2, His only weakness at least for me was his weak foot other than that this lad was extraordinary, for its current price I would say is more than worth it, right now H is one of the best CAM on the game at my personal opinion.Used it in a 41212Chem Style: Engine
Read full review
0
/600
Update my avatar Dos and don'ts
Top Rated
New
Controversial
Show comments