His FIFA 20 TOTS card was the best striker in the game and his 21 version follows right where he left off. He fits the initial meta well in that he is strong, uncontainable in the box (especially with Sniper) but also strong in the air if you're good at crossing. He isn't a shifty dribbler, but you don't need him to be. Surround him with agile wingers, and a good CAM or strike partner and he will deliver time and time again. I have him on stay forward, stay central, get in behind instructions and he is just fast enough to cause a threat. You don't really need him to be the fastest striker in the game because if you deliver the ball to his feet, 8/10 times he will not lose it if you're a decent dribbler.

My review makes it sound like he's a fox in the box, but he's more than just that. With good hold up play, good short passing (don't expect any accurate cross field balls with him), and absolutely deadly finishing - he makes for the perfect initial striker. With prem and Brazil links, he can fit into almost any squad. I was lucky enough to pack him, but if you're looking for a good lone striker or a strike partner - can't be beat. 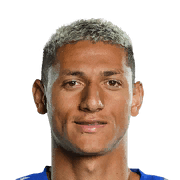 hey, this is my first review on fifa 21 so please dont go hard on me. where do i begin?His pace - Ingame i play 4231 and he is the main striker. He isnt the fastest but a hunter or maverick card will do the trick,with huntercard he runs like a beast, he just runs like forrest gump. The defenders cant stop him. what i am trying to say is that he is fastShooting - h...
Read full review 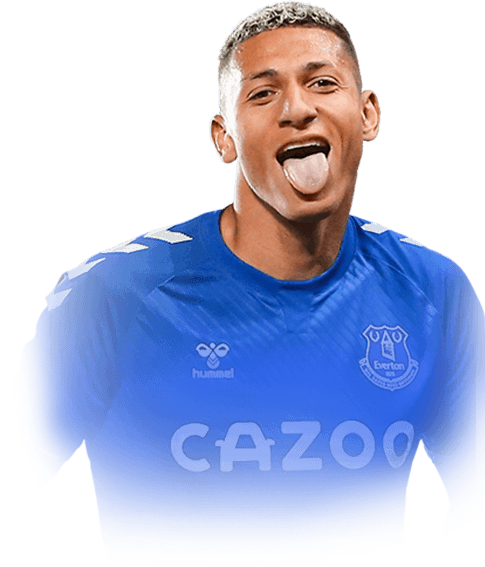 So I packed this guy right at the start of the promo in my 87+x3 that I saved for a few days and decided to test him right away in a few rivals matches. He began to bang hat-trick after hat-trick and I fell in love after just 5 or 6 games, this card can finish from anywhere in the box with both feet, his AI runs are perfect as he is always in the right position in rebounds and crosses, sometimes he even goes for in behind r...
Read full review

Here we are, another year, another Richarlison review. I did my first and only review of Fifa 20 almost at the end of the game just to praise how good TOTS Richarlison was. Now i'm back and i'll bring you reviews on the regular for this Fifa 21.I personally don't think this card deserves a long review, what you see is what you get.I picked him up for 39k with hunter just to make sure h...
Read full review
0
/600
Update my avatar Dos and don'ts
Top Rated
New
Controversial
Show comments