got this lad out of my baby icon roulette, was pretty disappointed as He was one of the last shit players of the top nations. Couldn't do anything about it so I just decided to try him out. played him as a CDM together with Schweinsteiger Baby, boosted pace and defense with a shadow chem style. he did actually pretty good so far, didn't expect that, as he is more of an Allrounder. Played him only in rivals until now but can't wait to use him in FUT Champs. His passing is great, as well as his dribbling. He is still kinda slow, even with shadow, but that's acceptable for me, at least he is pretty strong. The funny thing is that two of his four goals were reaaaally good free kicks. I really like him in the centre of my team. You will probably never buy him but if you pack him, just try him out. 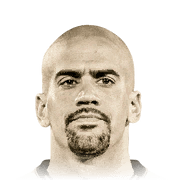 Absolute bargain for less than 400k, best box to box midfielder i have used, tried a few other icons. His physicality is almost as good as Viera! Pace not an issue, he is faster than his stats, more agile too.
Read full review

Is he worth it?

(Sorry for my bad english)I think veron its the best icon for this price with petit baby, i think he is an underrated icon. He is not very defensive but his body type make him a beast, maybe if you dont like big and rough cdm you will not like him, but for people like me he is a beast for this price being an icon. Sincerely i buy him only because he is my hero but there are a lot of alternatives (non icon), but if you need ...
Read full review
0
/600
Update my avatar Dos and don'ts
Top Rated
New
Controversial
Show comments