This guy is just incredible. I cant say anything else. His pace, shooting and position is great. At first i was wondering why this guy was only like 12k, so i gave him a try. If you look at his stats shown on the card, you wouldnt say this guy can make a lot of goals. 86 pace is ok, 80 Dribbling is actually a bit low and 83 shooting is also ok.

What makes him a good player?

Well, what doesnt? At first i thought his passing was way too low, but i didnt really feel it in-game. Actually, his passes were very good to the wingers. Then, his attacking positioning. My Holy Tachanka, this was way better than expected. Usually i dont really feel a difference in game, but with Caputo, i felt it in the first game already. 88 Attacking positioning (93 with Basic on 10 Chem) just feels like youre 1 step ahead of the defence. He makes the good runs at the right times. When in the box, he cant really miss. Left, right, it doenst make a difference. Just take the shot and it will go in most of the time.

Some stats didnt show up.

If you take a look at his in-game stats, you see a 87 jumping (92 Basic, 10 chem) and 82 heading Accuracy. Well, i didnt see anyhting from these stats. he didnt score a header, or even attempted one. He doesnt feel like someone who can take a header, so i didnt really try it to be honest, his feet will do the work. Then his strength and Stamina. His stamia is just ok, he wont last a 120 min game, but during a regular 90min game, he will do just fine. His strength is only 74(79 Basic, 10 Chem) wich is actually ok, but it didnt really show up the way i hoped for.

Is he worth trying?

YES, DEFINITELY. this guy is amazing, only 10k and im sure he will be an amazing supersub as well. Just get him, you wont regret it. (Especially in the first weeks of the game) 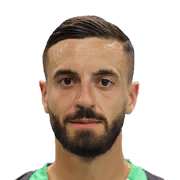 CAPUTO IS A BEAST

Awesome starter striker for Serie A

I'm a Division 6 player, played 60 games with this man in my team, and scored 72 goals and 37 assists. He is literally the best and cheap series A player u can get.His agility is pretty decent. I don't think passing is not an issue this early in the game, anyway just apply deadeye and it should be fine.This card competes with Mertens card at least in pace and shooting stats. Just get him if you want a decent S...
Read full review
0
/600
Update my avatar Dos and don'ts
Top Rated
New
Controversial
Show comments