Before he was released,i had van der sar baby in goal because i needed one link to my varane.when lunins future stars card was released i bought it straight away because 1-im a real Madrid fan 2-his traits look decent 3-he was pretty cheap.so i benched my van der sar for 8 games to try him out in WL.He was amazing!he had 5 clean sheets (i won 7 out of 8 matches) and in one of his clean sheets,he had 14 saves!the rushing out of goal and save with feet trait is just too OP,lunin just couldnt concede,everytime,save after save after save.

So Far None Really. 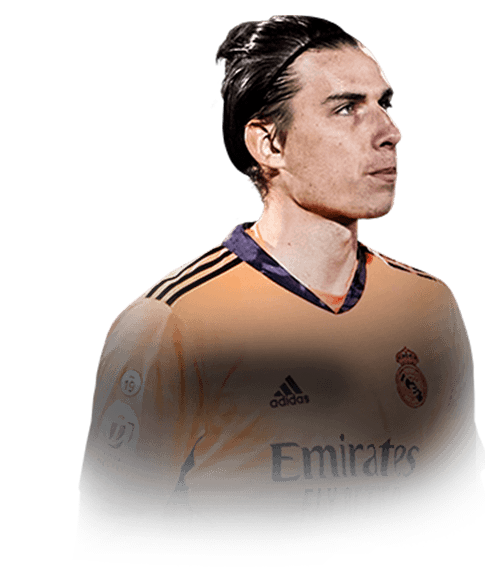 I used his non-rare for many objectives and i really liked that one already. This Future Star Card makes him a Top class option for La Liga. Lunin's saving style is different to any other GK i used yet, he has nice height and still moves very acrobatic. The saves-with-foot trait is a huge plus, you feel it in game. The only negative i have is that he isn't as good in catching the ball as you might hope with 87 handl...
Read full review

When I saw this card I didn't think much of it but I wanted to try a new team and I used him in it and I was very surprised. He felt much better than any other keeper Ive used and hes been much help even with my shitty form. (The stats rating below will be based of the keeper card; Pace=Diving, Shooting=Handling, etc).
Read full review

Hi guys here I am again. It is my second review after Baby Raul. Sorry about my English, I'm from Spain and this is the average level of English, so respect.Jokes stand up, it was an afternoon in February the Famous EA event called Good young players in-game with whom we can earn money, I mean future stars had just come out so I entered FUTBIN to see prices and stats. After all this, I went to open my competition rew...
Read full review
0
/600
Update my avatar Dos and don'ts
Top Rated
New
Controversial
Show comments