Everyone I asked told me Marcelo was trash, and to get any other lb, just not Marcelo. I got him anyways, and wow I don't regret it. He can dribble his way past any defenders, his 5 star skills might have something to do with that, and he has more pace than it seems, and can keep up with nearly every winger i come across. His defending is out of this world too, making every tackle i want him too, and intercepting the ball without me even trying to. He can pass from anywhere, dribble past anything, and even has a decent shot on him. The only thing I would say was wrong with him was his size, meaning he'd lose most headers. This doesn't mean much though, since he'd dispossess them seconds later. This is purely my perrsonal opinion but, Marcelo is better than Mendy, Telles and every other lb i've used.

He excels in anything you want him to, an absolute beast of a player.

As an attacking lwb, he will absolutely ruin any opposing wing-back, and as a defensive lcb, he will stop even the best of players.

Height means jumping is not great, but he doesn't get pushed off the ball easily. 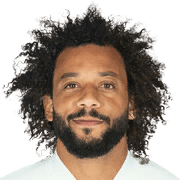 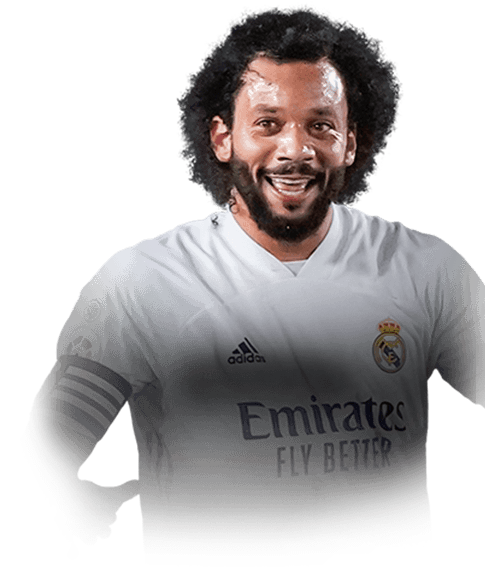 TOTY MARCELO IS BACK!!!

He's back baby - I've always loved Marcelo on fifa, whether that is for his skills or for his insanely quick and agile defending, he is just always been amazing. Yes he's hella expensive, but honestly you can get the money fairly quickly - especially if u get some high rated red picks u dont want. I have to say, as soon as i saw him i didn't care about how expensive he'd be; because he's always been under-priced and the bes...
Read full review

I packed an untradeable Marcelo and Diego Carlos so I decided to put him into my team and sell my Alaba and Alphonso Davies. I play a mix of online and squad battles and have around 40-50 games with him at this point, he is very solid as a LB and I have shadow on him to boost his pace and defending which is noticeably better with the chem style on. Having used Davies, Reguilon, Telles and some others I think Marcelo is just...
Read full review

While I watching Harry Hesketh's RTG, he mentioned putting Marcelo at CDM and immediately I was intrigued at the concept. As soon as I finished watching the video I bought a Marcelo with Shadow and plopped him in at CDM alongside Laimer in my 4-2-3-1 tactic; safe to say he didn't disappoint. When it comes to pace he's nothing to scoff at; with a Shadow he's able to zip around the field and intercept incoming passes. This le...
Read full review
0
/600
Update my avatar Dos and don'ts
Top Rated
New
Controversial
Show comments