I really needed a LW from France and La Liga so once I saw this card I knew I had to do him (took IF Griezmann out for Lemar Btw). He shocked me in game. He was quick and easy to control on the pitch and had a good body type. His pace felt like 99 (which it should be after using a hunter). His shooting was amazing. He has 4 star weak foot and I did not find any problems with his weak foot. His finesse shot trait was really helpful. Personally I found it good when I finessed shot from the side of the box (near the post). There was nothing wrong with his passing, but nothing special about it either. But the stat that I found the best on this card would be dribbling. With his short height, good body type, good dribbling stats, and a dribbling trait, he was by far the best dribbler I have used. Defending was nothing special, and physicality felt alright to me. Definitely worth the coins, and he might become better if upgraded! (I found him WAY better than IF Carrasco and Griezmann.)

GREAT body type and height for a winger.

Strength- I did not really notice this con that much because he is really fast and has good dribbling so I always found a way to get past a defender. 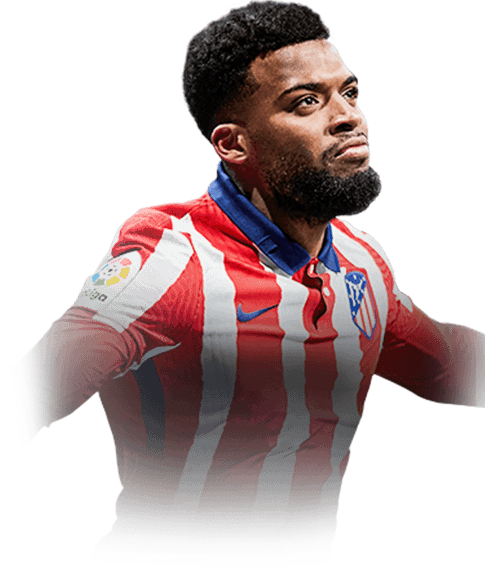 Thomas Lemar, (The new Neymar ??)I use Thomas as a left CAM in a 4-2-3-1 formation. I personally recommend doing him because of the chance of getting upgraded. Ik that Madrid lost their first leg againt Chelsea, but who knows about the second leg. I think Lemar is reliable and can pass and also defends good. His (Medium/ Medium) work rates are not in issue, it helps him come back and defend if the left back attacks. ...
Read full review
0
/600
Click here to verify your account in order to comment Update my avatar Dos and don'ts
Top Rated
New
Controversial
Show comments