I used him as my left ST in the 4-2-2-2 alongside Prime Icon Kaka. I Used him with the Hunter Chemistry style to boost that Pace primarily and his shooting as well. I used him for 6 games in Division 1 Rivals. Let’s begin.

1 million isn’t a bad price for this card to be completely honest, as he in an Icon Moments card and its one of the cheaper moments strikers on the market. If this card had more pace and a tad better dribbling, he could be used competitively imo.

He is outstanding in terms of his finishing ability and his attacking AI is exceptional as well, and if you’re a casual gamer, you will absolutely love this card.

A fair price tag down the line for this card will be closer to 700k, as right now for a million coins, you can pick from a variety of meta strikers who will deliver equally in terms of in-game performance, for a much more affordable price.

His pace overall is pretty decent for a ST, I was hoping EA gave him minimum of 90 pace, but sadly that wasn’t the case. A combination of 88 Sprint Speed and 86 Acceleration when boosted by a further +10 with the Hunter chemistry style, make him quite quick even on counter attacks. He stands at 6 feet tall and has longer strides in game which make him feel faster that his stats suggest, which made him quicker than I expected and was pleasantly surprising to see. You definitely need to use the hunter chemistry style imo to max out that pace.

Simply outstanding. His left foot is a wand. You can crack it from inside the box or from range, and they will fly in effortlessly for the most part. His finesse shot is a weapon from range and you can use that 92 curve stat to full effect. Don’t sleep on that 4 star weak foot either as he was extremely clinical with his right foot as well. He is one of the best finishers that I have used all year! His shooting makes him an elite level striker and he is up there with the most clinical strikers in the game.

His passing was consistent on either foot, if I kept the passing short. Dont try spreading the play and making adventurous passes with him as they will be a tad misdirected and will get intercepted. So keep his passing short and you’ll be good to go.

As he stands at 6” tall, I expected him to feel clunky, but his dribbling pleasantly surprised me. For a big man, he felt smooth on the ball and could easily change direction and wiggle out of tight spaces quite easily. At times, due to his height, the ball did get away from him while dribbling in a straight line, but that was few and far between. He also has 4 star skills and can use a whole range of tricks at his disposal to take care of my opponents defenders. Overall, his dribbling and manoeuvrability was much better than I expected. Hence, the engine chemistry style isn’t required imo.

He has above average strength for a striker (78 strength) and can contest physical duels effectively. He will get pushed off by tougher defenders tho. His 90 stamina is more than adequate to last him the whole 90 or even 120 mins effortlessly. He’s 6” in-game which is a good height, and with his 80 jumping he will win you most headers he contests. He can be used as a lethal weapon from corners as well as he has 83 heading accuracy. 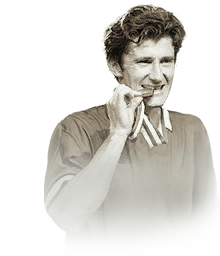 Suker is the absolute goat in this game. If you want a world-class ST, but you can't afford R9 TOTY, CR7 or TOTY Mbappe. This is the guy for you. His shooting is absolutely incredible. Every shot you take ends up in the back of the net. Especially outside the box finesse shots are amazing with this card. Not even Pope can get his hands on that. The pace is obviously not amazing, but with ...
Read full review
0
/600
Update my avatar Dos and don'ts
Top Rated
New
Controversial
Show comments