After the customary 10 games, i felt like Choudhury deserved a review, based on the fact that he is fairly easy to complete, and free.

He slotted into my team nicely as a perfect link to FUT Birthday Vardy, who I was fortunate enough to pack untradeable last week. Choudhury came into a team needing a dedicated CDM to replace Veron/Neves who I had been swapping in and out.

In-game Choudhury rarely puts a foot wrong and is one of those players that just kind of flys under the radar a bit, he is very solid in the tackle and will win most of his duels for the ball on the ground, shades of Kante in that respect, with the added benefit of being able to play out of tight situations using his 5 star weak foot, I would however advise trying to dribble your way out of danger with this card as he doesn't feel that agile, nor is he fast, even with a shadow. He does a job however, and he does it well.

I would say that out of possession he sticks in his position well, but when you try to screen the pass into the striker using him, he doesn't seem to move around as freely or as quickly as say Kante does. Again by no means is he slow but he just lacks that little "something" that makes him feel truly effortless to intercept passes with while controlling him.

Overall I would say he is worth completing if you need that CDM player that isn't going to set you back coins, and easily the best in his position in terms of nation.

feels a tad clunky (being critical) 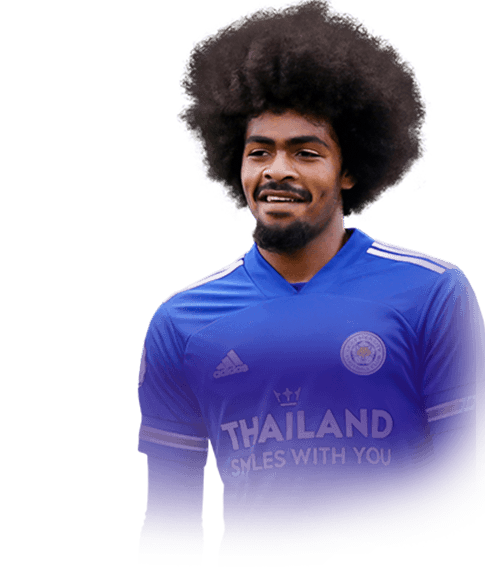 First of all, I'd like to say that any criticism of this card is unjustified and I completed the objectives in less than a night. Comparing him to other CDMs in the league, Choudhury is most similar to Kante, but has more in-game stats than Kante, IF Partey and EL Ndidi so I think it's extremely fair value for money. This is not an end-game card but even if you use it temporarily and then use...
Read full review

In Fifa 21 I've used Kanté, Makelele, Petit and Seedorf as DMs so far. And honestly, Hamza is better than all of them. He's faster than Kanté and even shows small signs of the Vieira vacuum at times. He's surprisingly quick and can recover if caught out of position which is very rare. The man just sticks his legs in everything and gets the b...
Read full review

I have used quite a few CDMS, but this one feels the best for me. I LOVED Kante, but damn he can't pass or dribble or move the game forward. Hamza is a beast in defence, but that 5* WF is a makes it extra special on distributing to my CMs or CAM . In one game I lost my CB, he deputized like a chief in there.
Read full review
0
/600
Update my avatar Dos and don'ts
Top Rated
New
Controversial
Show comments