this man is the perfect false 9 or CAM for the specific people, people will be thrown off by his low balance or pace but use him correctly and he'll amaze you, fast pace passing with him being at the centre is how you should build up, he shoudnt be a lone striker as he doesnt have the pace to go round defenders without doing a bridge or directional bridge (however his attacking positioning means hes always making perfect runs). his finnesse long shots never fail and it doesn't feel like he has a week foot. 100% put on engine on him, as his shooting doesn't need a boost at all, but upgrading pace and balance is great. before i got him i felt the need to do unnecessary skills, but my game has greatly improved by playing to his strengths and keeping things simple. i also havent noticed his lack of dribbling at all.

PASSING- he shouldnt be able to make the passing he does

HEADING- him at the front post for corners... WOW, also hes the perfect target man for crosses his positioning and finishing are insane. 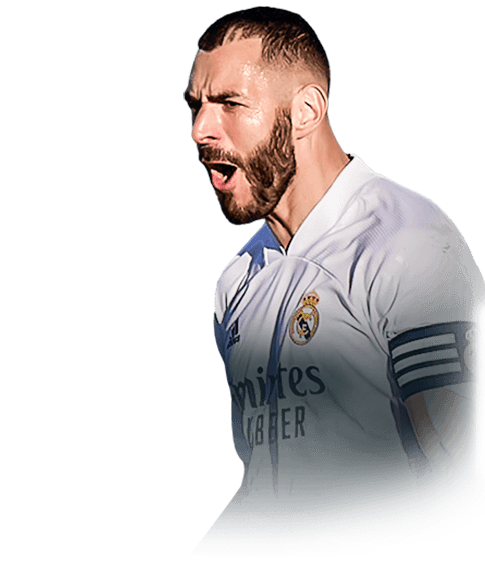 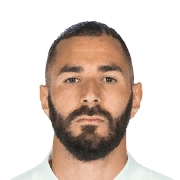 First of all sorry for my english.This year EA did a good job on Benzemas card!I packed him as an untradeable and made a team arround him. First my plan was to play with him as my striker, till I make some coins and can buy a faster striker, because benzema was really not the best card in the Last few fifas... But this year he is really meta !!! Its really fun to score goals with him. He is Not the fasted stri...
Read full review 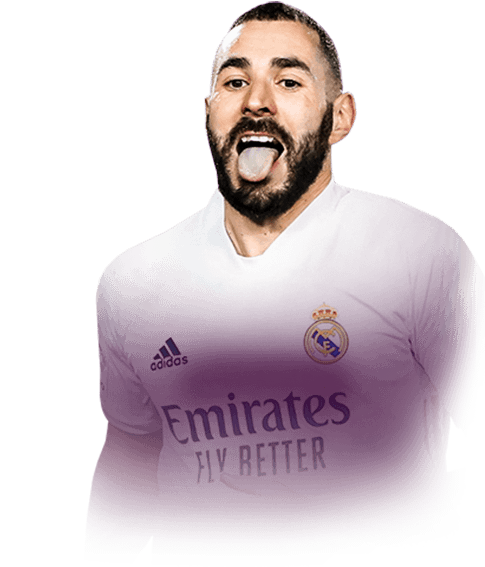 I got this guy in my 84+ player pick. So i wanted ti try him and he is insane. I play him as a cam in a 4-1-2-1-2(2) and he cant miss almost every shot goes in his shot power is insane and his headers are so good. I almost scored every corner it is like cheeting. His shooting is like R9 but he is not that fast but as a cam he is OK and his dribbling is also not the best. His pas...
Read full review

Gonna keep it SimpleDiv 1 (2000 SR) Player here.Got him out a Rare Mega pack and knew he'd be the new target man in my 4-3-2-1 Formation. The man isnt the quickest but he's great in the air to escape as an outlet from the scrubs using team press throughout Division Rivals. He's got a great weight of pass on him and i play him as the link up between the 2 wingers (RTTF Promes and FB Robbe...
Read full review
0
/600
Update my avatar Dos and don'ts
Top Rated
New
Controversial
Show comments