I packed this card from a party bag, and didn't think that it was a W at the time, but since then, this card has been one of my favorite players that I've used. This card turned out to be perfect for my team, as it gave strong links to Palacio and Vidal Fut Birthday. I mainly used this card in a 442 or 352 in the LM position.

96 Pace with a hawk is excellent, and he is rapid ingame, not really much else to say.

His shooting his excellent, and him being left legged makes him perfect for that LM role in a 442 or 352. He makes a lot of inside runs into the box and can easily score chances on the left side with his left foot. He rarely missed a chance. I haven't tried out his long shots since I can't really cut in with his left, but I would assume that they're decent.

This card's passing isn't the greatest, but it isn't unusable. He can make the standard 5-10 yard passes, but don't be expecting him to produce cross field switches or perfect through balls.

Lautaro Martinez with the buffed up dribbling is just insane! You would expect this card to have only sub par dribbling due to his body type, but with his dribbling stats, his average body type feel likes a Lean or Unique body type. 94 base agility and 95 base dribbling combined with him being 5 foot 9 and having 97 acceleration just makes this card one of the best dribblers I have used in the game. He will easily wiggle out of tight situations in the wing, and will be really fun to use if you are good at left stick dribbling.

His defending doesn't really matter that much, but overall it was decent because of his good physical stats.

If this card had 90+ stamina, he would be one of the best wingers in the game. I played this card for a while in a 352 with come back on defense, and he did the job pretty well. He came back on defense a lot even with his High/Low workrates, and the main thing about him is his 86 strength and 94 aggression with a hawk. He can easily outstrength wingers and fight for the ball back. He felt relatively strong in the attack as well, and is definitely a badge fighter. I would have to sub him off around the 70th minute especially when I'm playing a 352, but if you have good subs that shouldn't be a problem.

Lautaro Martinez Freeze has got to be one of the most fun and underrated cards that I've used this year. At less than 200k, he is a bargain and is great for chemistry. This card would be a 9.5 or 10/10 if he had better passing, stamina, and a lean/unique body type that would just take him to the next level. Overall, if you need a Serie A or Argentinian winger, you should definitely try this card out! 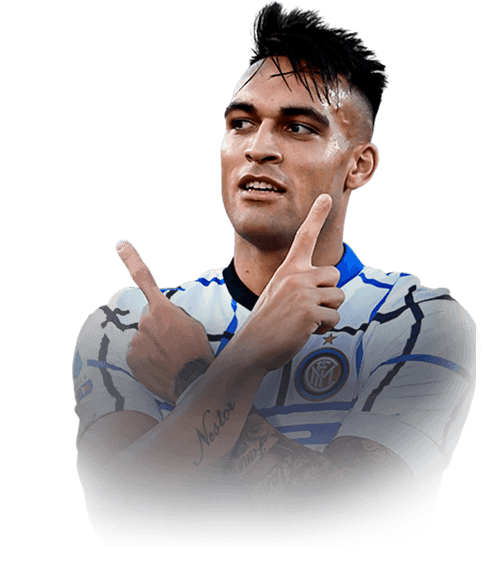 This Lautaro might just be the most overpowered card I've used in any Fifa, and I was lucky enough to pack him in my 83x25 swaps pack. His boosted pace and dribbling makes him impossible to catch and he feels amazing on the ball. His finishing is incredible, and that's coming from someone who used him for an entire weekend league without realizing they changed his strong foot. His high strength and bulky body type make him ...
Read full review 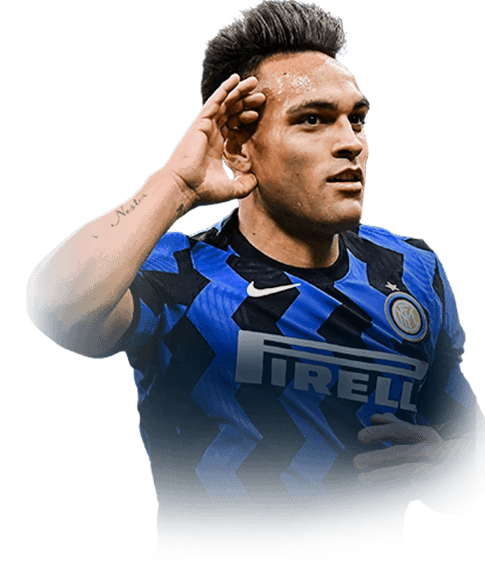 Im so glad I packed him, what a player!!!

After an amazing pack yesterday in which i got Mertens the following morning (today) i was able to pack this amazing card in TOTS Lautaro Martinez. I heard people saying that this card was bad somehow and i cannot understand how anyone could be so wrong lmao. He costs 3x less then he should cost, he can do absolutely ANYTHING for you - whether that is scoring a banger, getting a beautiful ass...
Read full review 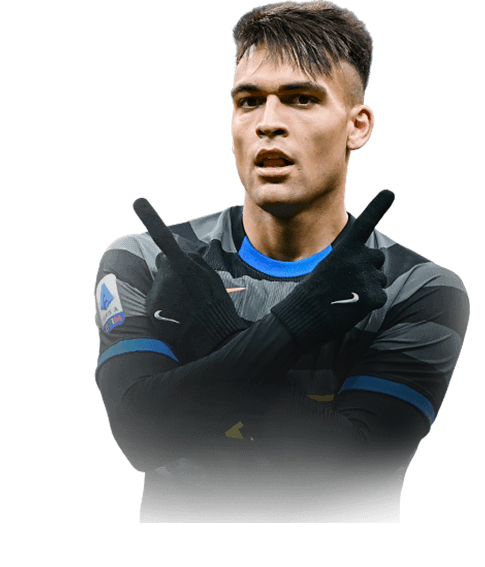 Where to start. I have only played 3 games with him but I feel that he is going to be in my team until he gets a TOTS. With a Hunter, he is so fast, amazing shooting, 4* skills and Wf and can just run past even the best of defenders. With his 88 strength he will just run past and hold his own against Varane and other high end center backs. You can easily go on a run with Martinez and just score out of no-where. Only thing i...
Read full review
0
/600
Update my avatar Dos and don'ts
Top Rated
New
Controversial
Show comments