HOLY! I packed this guy out of my 83x10 and at first thought it was Ndombele, but quickly realized it was this guy. His stats look incredible. I played him in 3 positions, RWB, cam, and Cdm and he was insane in every position. Pace felt like 90. He is 5'10 but his pace was still amazing. Shooting was meh. He hit the post for me so many times but hit so many shots outside the box. Dribbling was great! I found it very easy to cut back and dribble through the box. Passing was also really good. His passing felt very similar to Brunos passing. Defending actually felt like 83 and physically also felt boosted. The best thing about this card is his runs. Even with Medium work rates, the runs he made off the wing were incredible. GET THIS CARD NOW BEFORE HE GETS MORE EXPENSIVE. 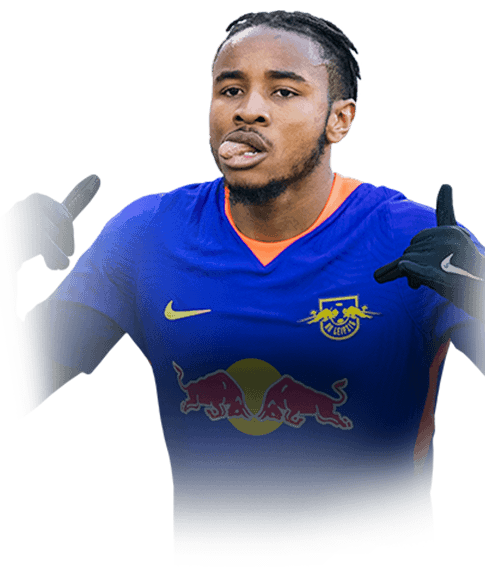 What should I say..This Guy is very solid! He is sooo quick, don't know if I ever played a CDM as fast as him. I played him in a 4231 and 352 as a stay back next to Rooney.Holy Macaroni this guy is so solid, his body type is perfect for midfield, he rocks the ball back or makes runs into attack like no other player I've tested.I replaced FUT Birthday Paulinho with him and wo...
Read full review 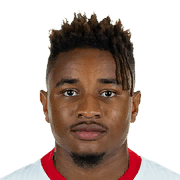 I play this guy as a left CM in a narrow 4-1-2-1-2 and oh wow. his dribbling on the ball and slickness in his movement is literally top tier. i played TOTY de bruyne in that position in FUT 20, so going from KDB to Nkunku has not felt like night and day, ofc you are limited with what this card can do, but in terms of defensively and dribbling wise Nkunku is a beast. if you have a bundesliga team he is an absolute must. I pl...
Read full review

This guy is absolutely INSANE. I know this may seem like a stretch but he plays better than TOTY Bruno in my opinion. He feels 1000x faster, his shot is a rocketship and his defending is unreal as well. I play him in central midfield in a 4-4-2 and 4-4-1-1, with him being my box-to-box guy. He flies up and down the field and finishes EVERYTHING that touches his boot. Im div 1 rank 1, and play to gold 1 mos...
Read full review
0
/600
Update my avatar Dos and don'ts
Top Rated
New
Controversial
Show comments