Hello everyone, I am going to write a review about this Recordbreaker Mbappé. This will be an honest review, so don't expect only 9's en 10's about this card. There are some cons on this card.

Let's be honest. He is clearly very good. He is very quick, has a good shot and he can dribble. I don't use 5* skills, but if you do, it will be a pro of this card either. I used this Recordbreaker Mbappé because I packed him from a party bag. Let's get trough all his attributes.

Pace - This is the biggest pro of this card, but what else do you expect? He is very fast. No, blistering fast. I sometimes literally feel bad for my opponent. I feel his rage. Sometimes a trough ball is just a bad ball, and the ball is clearly for the defender. But what does Mbappé? He suddenly comes behind the defender, get the ball and is able to finish very easy. I can tell you: That feeling is frustrating as an opponent.

Shooting - He has very good shooting, and this is the only obvious upgrade on his gold card. You buy his Recordbreaker for the shooting, because that is the only thing that is clearly better than the gold card. I used him with an Hawk chemistry style, and that chemistry style is recommended for you if you don't dribble that much, and I don't dribble very often. Otherwise a Marksman will probably be a better chem style. His weak foot is 4*, just as the card says. It is very good, and an easy finish is always a goal, and medium finishes 9 out of 10 times.

Passing - He is a short, agile striker, so you expect his passing to be quite good, unlike a Giroud. But his passing sucks a bit. A short bounce as a target man will be good, but his long passing isn't that good. Too often he misplaces the pass. His curve is better than the card says, but you will need it for finesse shots, and less for his passing. No need to really elaborate on his passing, so let's move on.

Dribbling - I don't dribble that much as I said before, and the only skill moves I do are heel to heel, elastico, fake shot cancel, la croqueta and ball roll. He performs all the skill moves very well, and his left stick dribbling is very good and smooth. I sometimes use the bridge also, but that belongs more to his pace than his dribbling.

Defending - This one doesn't seem to be relevant. But I can tell you, it is. But again, his pace is the most important part in his defending. For example, when the right back gives a pass to the defensive midfielder, sometimes Mbappé runs back and he catch the pass very quick. So don't underestimate his interceptions!

Physical - Bad. He isn't strong, and in front of a Van Dijk you don't feel a difference between Mertens and Mbappé. His stamina is good, but not outstanding. He is also bad at heading, but that is more due his heigt, which is a benefit most of the times.

That was my review about Recordbreaker Mbappé. I hope it helped you, but I will give you a last advice: He isn't worth the coins. Just buy his gold card. So yeah, I wrote my whole review for basically nothing. :) 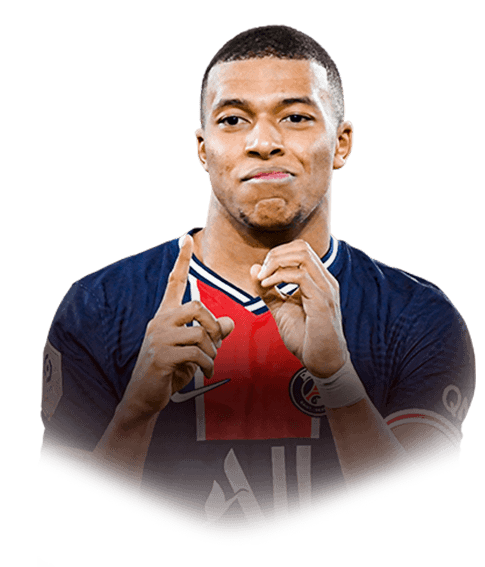 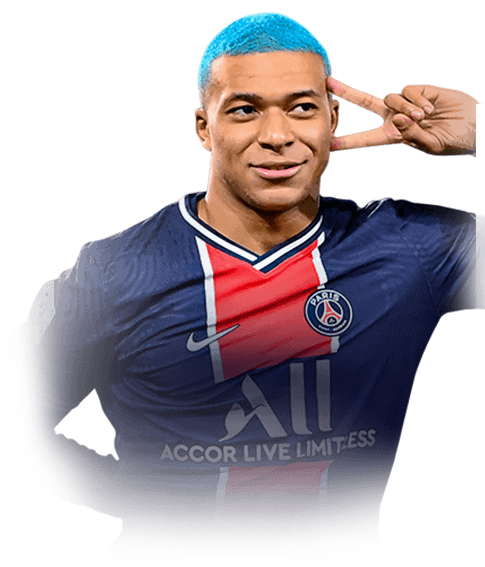 Best card in the game and wrongly so

Maybe it doesn't belong here, but his inclusion is a joke. Messi is the first, but not the last example of players who were better last year. Still, being Ea, they chose him. He seems to be their future and I am not looking forward to it. I traded the whole year for a 20 Mil team and just went and bought CR7 and Mbappé. Sadly, as he was even better than CR7 for me, he is just even more meta. This means that this Mbappé TO...
Read full review 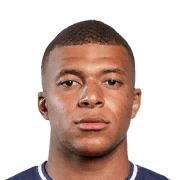 How EA put a cheatcode ingame

I packed this god in the Joao Felix electrum prime pack (like whuuut), so I had to make a team around him for the last 4 games of my WL. I needed 3 win to be Gold 2, well thanks to a certain player I actually made the 3 wins, this guy is insane, he teleports throught defense and shoot with both feets, use him with ben yedder (The 2 players who put more goals in Ligue 1) they are unstoppa...
Read full review
0
/600
Update my avatar Dos and don'ts
Top Rated
New
Controversial
Show comments