Unfortunatley i couldnt fit this guy in my main team but i still did him cos if he was trash he was good fodda but thankfully he is not trash as a spurs fan he is trash irl but in fifa yh he is kinda sick. cos i couldnt fit him in my main team i brought him on in the 2nd minuite and tested him out and wow his dribbling was saucey if this guy had 5 star skills it would be game over tbh dribbling was incredible and it doesnt need to upgrade unless u want more agility which i did and that made his dribbling incredibly good probably one of the best dribblers in my team and his body type makes it even better, his pace was great asw definitley usable for a cam and any position tbh cos 93 pace is sick in game tho it felt like his sprint speed was better than acceleration tho for some reason but thats not an issue . shooting was mad tho from outside the box i prefered shooting outside the box than inside it cos this guy was kinda fun to shoot with. Finesse shot trait and trust me he would have been the best outside the box shooter 99 long shots and yh it is 99 long shots almost scored a bicycle with him. Physiciality was good if he had more strength than when he was trying to dribble past kimpembe or varane and got ahead of them that strength could have helped him more but yh strength needs improving tbh. Jumping was great but he is kinda short so like there is no point unless he is alone and u cross him the ball and his headers were pretty rubbish so this man isnt the best at cm or cdm. idrk about the defending apart from heading cos i didnt really defend with him as he was hardly in any defending scenarios he was always near the top of the pitch and yh he didnt come back a lot came back sometimes but when he came back i had won the ball back or conceded. passing was the 2nd best thing about this card his passes were soo smooth and accurate and playing long balls with him was fun and doing free kicks with him was a cure to depression fam it was fun. get this card if u can,

overall 9.7/10 wanna give him a 0 cos of the goal he scored if he didnt score we could have been in ucl just maybe but yh its a 9.7 cos its free and really fun to use if 5 star one of the best dribblers in the game his shooting was cracked asw didnt really miss, passing was a madness and them free kicks with him were soo segsy, only a 9.7 because of his lack of defending sometimes and how he never comes back to defend and when he does its to late which is annoying cos i play defense most the times.

strength improve it and then he is cracked 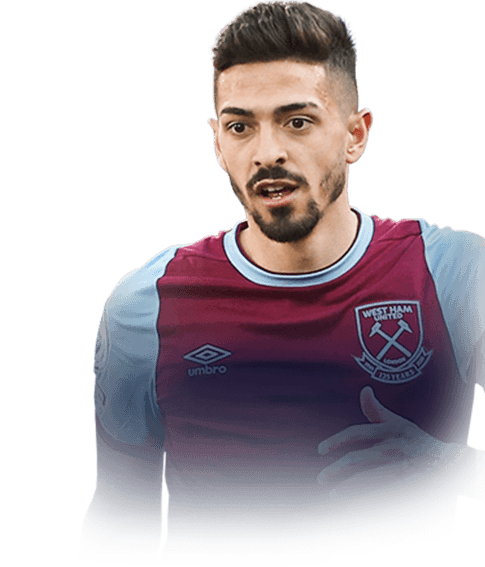 Can you feel it? That slight change in the air? It's the time of year when millions of FUT players start to take the game a little less seriously, play a little more loosely, and stop obsessing over META tactics and players they'll never get a handle on. As if to perfectly signify this, TOTS Moment Lanzini has displaced both PIM Socrates and TOTS De Bruyne as my go-to CAM, for the sake of fun above all else. ...
Read full review

I really love this cart is very balance and have a good body type so I very recommend if you earn 10 of chemistry and you don’t have too much coins you need to put this Lanzini in your team.
Read full review
0
/600
Click here to verify your account in order to comment Update my avatar Dos and don'ts
Top Rated
New
Controversial
Show comments