Hi! So I got this card in the first Guaranteed Path to Glory Pack. First I was unhappy, because I didn't really know what to do with him. But since I think he's a cool player and I believe that Belgium can go far in the Euros I finally included him in my team. I started using him with the Hunter, but after his upgrade I switched to Hawk, since it boosts as much pace and shooting and also boosts his physicality. First thing I can say is that he moves across the pitch perfectly. Strikers often annoy me, because they don't move into the spaces that they are given. He instantly sees the spaces (just like Mbappe or Otávio tots) which allowed me to score lots of goals without even having to dribble. I think the player definitely feels like 99 pace not slower not faster. There still are defenders like Varane tots or mbabu fb that can outpace him but that's still Fifa we're talking about after all. His shot is insane. He can score from any position (even though he doesn't have the finesse and outside foot shot trait) and nearly wins every 1v1 from without having to use a ball role or the chip , but I've got to say that rarely it happens that he totally mishits the ball. His 4* weak foot didn't really bother me while playing. Another thing I absolutely love about the card is the way he shields the ball. If you get past a defender it often happens that the defenders stick to your striker and then you miss. Not with him. Most of the time he manages to score with a defender sticking on him. I wouldn't say that he has an insane physicality though. Now to his dribbling. I would say his dribbling's decent. You could compare his dribbling to players like gonçalves, Malen or CR7 tots. It gets the job done and you can get past some defenders but there are a lot of players like Neres, Cruyff or Robben that got better dribbling. I mean the 5* skills would definitely make a huge difference. But with a win against Italy there are high chances for the 5*5* upgrade. So start praying!! In the end I would say he's an incredible player especially for the price and if you think Belgium is gonna get the six wins (what would make him an absolute beast) or you don't mind the 4*4* I would certainly pick him up.

quite high chance of getting 5*5* 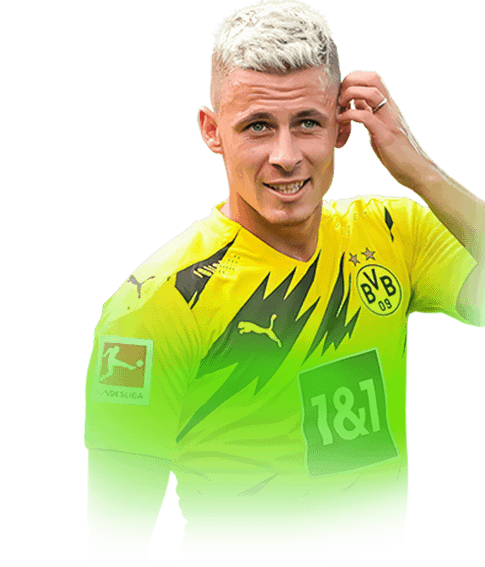 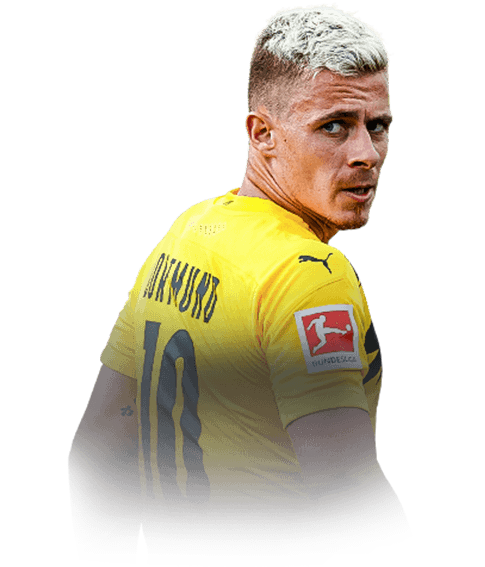 A real HAZARD to defenders

Finally, a good bundasliga striker! And by good, I really mean a disgusting striker. This card is really naughty, and really terrorise opponent defences. It's really not hard to floor van dijk with this card, and I'm being totally honest. I have used him with only a hunter so far, but that cranks his acceleration up to 99 and his sprint speed to 97. This card has absolutely no problem dusting an entire back line if you feed...
Read full review

Firstly, regardless of my review, I advise you to try this card out because he may potentially be the key player for your squad very unexpectedly. I bought Hazard on my way from Elite 3 to Elite 2 this WL just to check him out and although I am not exactly sure what role he played, the man has got some serious skills.He is fast, he is agile, he can pass, he can body defenders. Most importantly he EXPLOITS ...
Read full review

Note: this is my first review ever on FutBin.I have used Hazard for the first time this weekend and all I can say is that he is surprisingly good. I use him as a striker in a 4231 formation with a hunter card. He feels super agile and responsive on the ball and literally finishes every freaking shot. Even his long shots are amazing which means you could also play him on CAM. I use his brother Eden Hazard ...
Read full review
0
/600
Update my avatar Dos and don'ts
Top Rated
New
Controversial
Show comments