Well, as I started Fifa 21 building a Ligue 1 squad, I had to do Mollet as soon as he was released. It hasn't been much of a grind for me using TOTW Ben Yedder and Sanches in the 77 rated squad but if you're not willing to buy some decent Ligue 1 players, it can be. So I'm not really sure if he's worth the grind to use him as a super sub for example but at least FUT Friendlies is pretty chill.

I used him this WL in a 4222 formation as a RAM with Depay on the left and Ben Yedder and Niane up front. First of all he is very agile and very well rounded. His dribbling feels decent, much better than Depay on the left imo. He won't body defenders around, but I used Gelson Martins there before and Mollet feels definitly stronger than him. I boosted his pace with a Hunter, but if you're planning to use him as a CAM, Finisher or Engine would get the most out of him. His passing is great but even more so his shooting with Hunter is lethal. Shot power is essential so he scores way more than my other midfielders. His free kicks are very good as well. As an other reviewer said before, his positioning could be better. He makes some good runs, but it feels weird sometimes compared to the likes of Ben Yedder and other top class players.

All in all I would say he is a must have for a ligue 1 squad, especially if you play 4231 and have a spot for a real number 10. His 4*4* is nice as well even though I don't know yet if I prefer the 5*3* combination on the wings, considering the weak foot is not that big of an issue this year. 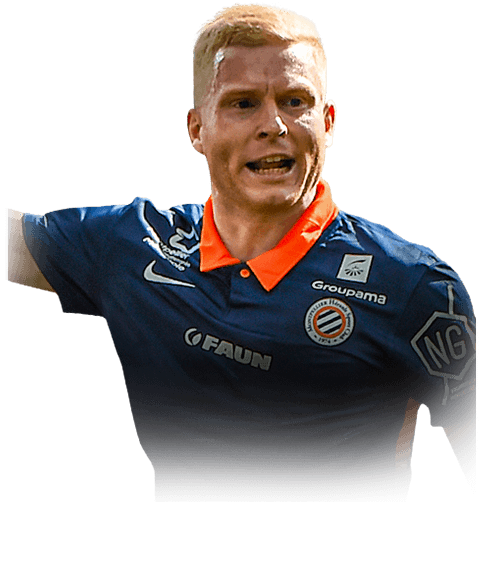 Well at the beginning i was hesitating to do it since my tram is mainly Premier League since a got Kante and Rasford Inform untradables, but when that denayer come out,i decide this player was worth the try, and yes it was worth it. I play him on division rivals(division 1) in a 4-2-2-2 formation as the left striker with Timo Werner as the other striker. I decide Hunter chem style was the better for him as striker, to boos...
Read full review

I played Mollet as a False 9 Striker alongside Akinfenwa and he is genuinely better than Ben Yedder 84. Got 5 goals and 4 assists in 6 games in Div 2. His 99 shot power slams the ball past the keeper. Much better passing than cheddar as well, which i guess is super important because he is a F9. Fast enough as well. Dribbling is super good as well, by the way. He feels stronger than cheddar as well.
Read full review
0
/600
Click here to verify your account in order to comment Update my avatar Dos and don'ts
Top Rated
New
Controversial
Show comments