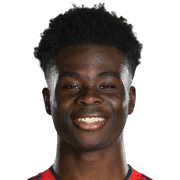 -
Sub out
Upcoming Matches
P. Chemistry
Squad chemistry
ST
71
RW
79
LW
79
CF
77
RF
77
LF
77
CAM
78
CM
75
RM
79
LM
79
CDM
71
CB
66
LB
73
LWB
75
RB
73
RWB
75
Reset
Basic
Sniper
Finisher
Deadeye
Marksman
Hawk
Artist
Architect
Powerhouse
Maestro
Engine
Sentinel
Guardian
Gladiator
Backbone
Anchor
Hunter
Catalyst
Shadow
Comments
Reviews
0
/600
Click here to verify your account in order to comment Update my avatar Dos and don'ts
Top Rated
New
Controversial
Show comments
Top Reviews
Only logged in users can submit a review
A review must be written in English
At least 200 characters are required.
Compare this player to other similar players you have used(optional).
If you import your club to FUTBIN or send us an image with the player data(fill the form below) your review will be marked as verified.
Include what you liked about the player in the pros area and what you disliked about the player in the cons area.
Your review will be manually checked during the next 24 hours.
Chem Style Used
Formations
Position
Rate Player Base Stats (1-10)
Pace
5
Shooting
5
Passing
5
Dribbling
5
Defending
5
Physicality
5
Most Used In:
Submit Review

So, start of Fifa, torturing myself with an Arsenal to Glory, had to get in Bakayo. And BOY does this game emulate real life. Shining star in a hot garbage team!

Pace - 84 on card pace seems a bit harsh, but he is fast, especially this early in fifa. Has no issue vs high pace fullbacks.

Dribbling - He isn't silky smooth, but his dribbling is pretty damn good! I was actually impressed, especially considering the card stat.

Passing - His passing is great, longer and short, through ball, cut backs he does it.

Defending - I combined this, as a RM he doesnt defend too much, but he is a useful body if you need to play a bit more defensive. Unlike some wingers.

Physical - his stats aren't great, but his big body type make him feel stronger for sure, but he doesnt loose is speed or agility which is awesome.

This card has 1 real issue. And it's annoying. He cannot shoot. That is harsh, his shooting is OK actually. But, he will miss some chances you expect him to score and it will frustrate you.

His weak foot is also a slight issue, perhaps its only early, but his right feels poor.

Stamina- this, I am sure will become an issue in a few weeks.