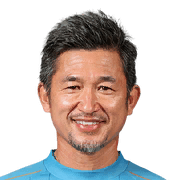 -
Sub out
Upcoming Matches
P. Chemistry
Squad chemistry
ST
59
RW
57
LW
57
CF
60
RF
60
LF
60
CAM
59
CM
53
RM
54
LM
54
CDM
37
CB
32
LB
31
LWB
35
RB
31
RWB
35
Reset
Basic
Sniper
Finisher
Deadeye
Marksman
Hawk
Artist
Architect
Powerhouse
Maestro
Engine
Sentinel
Guardian
Gladiator
Backbone
Anchor
Hunter
Catalyst
Shadow
Comments
Reviews
0
/600
Click here to verify your account in order to comment Update my avatar Dos and don'ts
Top Rated
New
Controversial
Show comments
Top Reviews
Only logged in users can submit a review
A review must be written in English
At least 200 characters are required.
Compare this player to other similar players you have used(optional).
If you import your club to FUTBIN or send us an image with the player data(fill the form below) your review will be marked as verified.
Include what you liked about the player in the pros area and what you disliked about the player in the cons area.
Your review will be manually checked during the next 24 hours.
Chem Style Used
Formations
Position
Rate Player Base Stats (1-10)
Pace
5
Shooting
5
Passing
5
Dribbling
5
Defending
5
Physicality
5
Most Used In:
Submit Review

I love trying special players, and the first player I tried is King Kazu, who is 54 years old. He's really slow, and have bad stats, but when I tried him he's actually fun to use. Since I'm a big dribbler, I put the Engine chem style on him, and in 10 games I managed to score 23 goals with him in Squad Battles legendary mode. I could have scored more goals with him, but fifa 22 just started so I didn't have a great squad. Plus, King Kazu stamina is really low so I always had to put him off at the 70th minute. Also, his attacking work rate is low so he's not the best ST in the game. Despite these setbacks, he's a fun card to use and this is my honest review.

Pace: He is reeeeaaaalllllyyyyyyy slowwwwwwwwwwwwwwww, but I don't blame him; he's 54 years old. I can't outrun anyone with him so I always have to pass and go with him. It's a big problem because to me pace is really important, but sometimes we have to face these setbacks.

Shooting: His shooting is actually pretty good. With 4 star weak foot, he can shoot pretty well with his left foot, and he can shoot past the gk just fine. He's not good at long shots, volleys, penalties, free-kicks, and his shot power and finishing isn't great, but with 71 positioning he can put himself in the right position to score (not all the time tho).

Passing: He is terrible at long passing, but okay at short passing luckily. His vision isn't bad, and his curve is actually pretty good with the engine chem style on him. He's bad at crossing but doesn't really matter cuz he ain't a winger.

Dribbling: Thankfully he has 3 star skill moves and not 2, because that would have make him unusable. Even with 3 star skill moves and the engine chem style on him, he's not good at dribbling. His agility is so low he turns like a limo in a traffic jam, and with 46 reactions, you'll think that he's wearing a blindfold. However, with the engine chem style on him, his balance is okay, and his ball control and dribbling is also okay. Composure doesn't really matter with him cuz you'll have to sub him off at the 70th minute.

Defending: He's a ST, so I didn't test his defending (plus, it's way too low, even for a ST)

Physicality: He's short, with 56 heading accuracy and 32 jumping, so he can't head the ball unfortunately. With 30 stamina, you have to sub him off at the 70th minute cuz at that time he plays like a 100 year old lady who was stuck inside a bathroom pipe for a year that later exploded. Since he has 56 strength, he's like a bowling pin so make sure he doesn't get crushed like Apollo Creed. Aggression is really low so he doesn't try to get the ball from the opponent players, so the opponent players are like kryptonite to him.

This is my full and honest review on King Kazu. I had to give him 2 and a half stars cuz like I said this is my honest review and he's not like Cr7. Despite that, he is a fun card to use and we need legends like him in the game.

He's very slow but when he has a ball near his foot he's fuckin beast, His passes are the best, he can shoot, can go through the tired defenders. I was using him from the bench in ~ 70 minute because he can't run on the pitch for more but when he goes on the pitch he makes difference

-Physicality (50/50,he's not the thoughest guy in the world, but he's just trying to change match result )