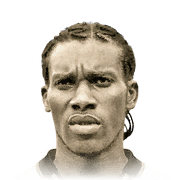 -
Sub out
Upcoming Matches
P. Chemistry
Squad chemistry
ST
80
RW
85
LW
85
CF
85
RF
85
LF
85
CAM
86
CM
81
RM
85
LM
85
CDM
63
CB
51
LB
62
LWB
66
RB
62
RWB
66
Reset
Basic
Sniper
Finisher
Deadeye
Marksman
Hawk
Artist
Architect
Powerhouse
Maestro
Engine
Sentinel
Guardian
Gladiator
Backbone
Anchor
Hunter
Catalyst
Shadow
Comments
Reviews
0
/600
Click here to verify your account in order to comment Update my avatar Dos and don'ts
Top Rated
New
Controversial
Show comments
Top Reviews
Only logged in users can submit a review
A review must be written in English
At least 200 characters are required.
Compare this player to other similar players you have used(optional).
If you import your club to FUTBIN or send us an image with the player data(fill the form below) your review will be marked as verified.
Include what you liked about the player in the pros area and what you disliked about the player in the cons area.
Your review will be manually checked during the next 24 hours.
Chem Style Used
Formations
Position
Rate Player Base Stats (1-10)
Pace
5
Shooting
5
Passing
5
Dribbling
5
Defending
5
Physicality
5
Most Used In:
Submit Review

It has been about a month since FUT 22 released and I can confidently say that Okocha is the best CAM in the game. I am currently in div 3 in Rivals and consistently get rank 3 in Champs, so Im not the best fifa player in the world but I know what I am talking about. I was lucky enough to get some coins to buy baby Ronaldinho who I used over Okocha. I have to admit that Ronaldinho has a better long shot and slightly better dribbling, but other then that he is almost identical to Jay Jay. Okocha's dribbling is insane, he has good shooting on both feet, amazing passing, and his positioning is amazing. He always finds open space to be played the ball. I play him at CAM in a 4231 and in a 5212 and for his price at 298k he is by far the best CAM in the game. I would diffidently recommend him because he is a game changer in the attacking third, he is a play maker, a goal scorer, and very fun to use.

Good shooting on both feet

Best CAM positioning I have witnessed.

Short and not strong

I guess the price but hes not too expensive.

First i thought, hmm he is bad, only good dribbling.

But Okocha is like the best player i have used this year.

I packed Di natale, Ronaldo and Neymar untrade and all I can say is that Okocha the Goat is better than all of them.

He dribbles like he has no opponents. His finesse shots are not that good, but his hard shots are from another planet.

And also a lot of young fifa players have no acknowledge of Okocha. They think hmm its a bad player and they focuss on my Neymar.

But you simply pass the ball to Okocha, do some skills and whooopsss they are defending Okocha like its Maradonna.

Just buy him and u will enjoy fifa again.