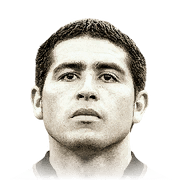 -
Sub out
Upcoming Matches
P. Chemistry
Squad chemistry
ST
81
RW
87
LW
87
CF
87
RF
87
LF
87
CAM
88
CM
84
RM
86
LM
86
CDM
63
CB
49
LB
58
LWB
63
RB
58
RWB
63
Reset
Basic
Sniper
Finisher
Deadeye
Marksman
Hawk
Artist
Architect
Powerhouse
Maestro
Engine
Sentinel
Guardian
Gladiator
Backbone
Anchor
Hunter
Catalyst
Shadow
Comments
Reviews
0
/600
Click here to verify your account in order to comment Update my avatar Dos and don'ts
Top Rated
New
Controversial
Show comments
Top Reviews
Only logged in users can submit a review
A review must be written in English
At least 200 characters are required.
Compare this player to other similar players you have used(optional).
If you import your club to FUTBIN or send us an image with the player data(fill the form below) your review will be marked as verified.
Include what you liked about the player in the pros area and what you disliked about the player in the cons area.
Your review will be manually checked during the next 24 hours.
Chem Style Used
Formations
Position
Rate Player Base Stats (1-10)
Pace
5
Shooting
5
Passing
5
Dribbling
5
Defending
5
Physicality
5
Most Used In:
Submit Review

Juan Román Riquelme is incredible on the ball in everything attack.

The squad (linked in the review) I play him in gets changed to the mentioned 4-2-3-1 in-game with David Alaba going to CDM, Hateboer going to RB, and Dumfries going to CB.

While clearly, he is not the fastest as middle cam in a 4-2-3-1 you don't need the extra speed.

His passing is are pinpoint with speed and curve. with both feet due to that 4* WF. If you get him on the ball and you got runs behind the backline count on this man to get that ball inch-perfect to your attacker most of the time.

Dribbling is the best I've used so far in this game and this includes players like Dybala, Insigne, Salah, and saint-maximin, etc. The 5* skills is the cherry on top and make the card really enjoyable to use if you know a few skill moves.

Shooting and longshots are good but not as good as KDB, Bruno Fernandes for example but finesse shots outside the box are incredible with that really good curve. Finishing is amazing for a midfielder and along as I remember to not finesse in the box he scores almost every shot you'll take.

Off-the-ball performance is good when on attack and okay at best in defense. He makes good runs but when trying to run behind the backline you need a really good timed ball or defenders will catch him, saying that the pace does feel a lot more like 80-85 when he's running off the ball. Defensively he is obviously not built for it with 32 defense but he does have a nice 72 strength that will sometimes win physical battles with midfielders and take the ball from the but tackling is not happening.

In conclusion, best CAM I've used so far along as you play him in the center of the pitch. Pace doesn't let me down and the passing and dribbling is insane with shooting being more than good enough.

Dribbling - Everything. Quite literally the only downside I can see is agility but he somehow still slides past defenders.

Off-the-ball performance going forward and his runs into space.

Defense - everything about it really, but as said he only has 32 defense so what can you expect.

Off-the-ball performance defensively he does get a few interceptions but don't expect it. The only positive side is the 72 strength which can sometimes make you win the ball from other midfielders.

Stamina - he does get tired after about 70 minutes of play but can remain useful all the way to the 90th minute but if you want more speed going forward sub him off at around 70-80 minutes played.

Hi. His stats aren't looking insane but believe me, in game he feels like such a GOD.

Pace isn't really good, but with hunter it's enough if you have someone fast alongside him.

Shooting with hunter is BEAUTIFUL, you can score many beautiful finesse goals, even tho he has only 80 finishing!

Dribbling feels fantastic too, 5* skills are great thing to have

Defending- Not the best, idk.

Physicality was actually the biggest suprise for me, beacuse of his body type he feels pretty strong!

A GREAT CARD IF YOU WANT TO BUY SOMEONE UNUSUAL. THANKS.

I tried this card on recommendation from someone on reddit.

His passing is excellent, if you can get the space with him.

Im not the most skilly boy but can pull off a few. I feel like you really need to know how to skill to get the space for him to really shine.

Shooting is kind of hit or miss, he seems to take a while to take the shot off? also his finishing is quite low. that being said, 52 goal contributions in 43 games isnt too bad at all.

I started using him in division 3 and im now in div 1 due to his contributions.

He reminds me a bit of a tall verratti, who i had so much fun with in the early days of this fifa.

The obvious downside is his pace, you never want to put a through ball into him. always to feet.

He's not bursting past people of course, but if you can pull off a skill he really tears teams apart.

His stamina actually isnt too much of an issue as his pace is so slow that he's not making mega lung busting runs, also im not using him to press people either so i never actually had to sub him off.

Overall i'd give him a solid 8/10, well worth a try but now im in higher divisions i think i need someone with just a little bit more pace.