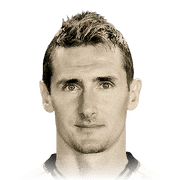 -
Sub out
Upcoming Matches
P. Chemistry
Squad chemistry
ST
86
RW
82
LW
82
CF
84
RF
84
LF
84
CAM
81
CM
76
RM
81
LM
81
CDM
62
CB
58
LB
63
LWB
65
RB
63
RWB
65
Reset
Basic
Sniper
Finisher
Deadeye
Marksman
Hawk
Artist
Architect
Powerhouse
Maestro
Engine
Sentinel
Guardian
Gladiator
Backbone
Anchor
Hunter
Catalyst
Shadow
Comments
Reviews
0
/600
Click here to verify your account in order to comment Update my avatar Dos and don'ts
Top Rated
New
Controversial
Show comments
Top Reviews
Only logged in users can submit a review
A review must be written in English
At least 200 characters are required.
Compare this player to other similar players you have used(optional).
If you import your club to FUTBIN or send us an image with the player data(fill the form below) your review will be marked as verified.
Include what you liked about the player in the pros area and what you disliked about the player in the cons area.
Your review will be manually checked during the next 24 hours.
Chem Style Used
Formations
Position
Rate Player Base Stats (1-10)
Pace
5
Shooting
5
Passing
5
Dribbling
5
Defending
5
Physicality
5
Most Used In:
Submit Review

4.5
Not as bad as you would think!
28 users liked this review

I did the Klose mid-SBC because I liked him as an active player and was always disappointed that he was bullshit in the older FIFA Versions. Now, as he still is not a meta player, I had a feeling that he could probably be a playable option this year. I had enough fodder and took a shoot.

As mentioned before, Klose isn’t a meta player. He is stiff and clunky on the ball. So, if you left stick dribble a lot, Klose is not for you (3-star sills as well). He neither is strong and gets pushed of the ball by Van Dijk or Kimpembe. But Klose has a lot more to offer, besides the meta skills. Klose, with a hunter chem style, is fast enough to outpace defenders. His finishing with both feed is top notch inside the box and still good from outside. His biggest upside is his heading combined with his finishing. He is an absolute threat at corners and crosses.