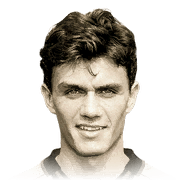 -
Sub out
Upcoming Matches
P. Chemistry
Squad chemistry
ST
66
RW
66
LW
66
CF
65
RF
65
LF
65
CAM
66
CM
72
RM
70
LM
70
CDM
82
CB
86
LB
86
LWB
83
RB
86
RWB
83
Reset
Basic
Sniper
Finisher
Deadeye
Marksman
Hawk
Artist
Architect
Powerhouse
Maestro
Engine
Sentinel
Guardian
Gladiator
Backbone
Anchor
Hunter
Catalyst
Shadow
Comments
Reviews
0
/600
Click here to verify your account in order to comment Update my avatar Dos and don'ts
Top Rated
New
Controversial
Show comments
Top Reviews
Only logged in users can submit a review
A review must be written in English
At least 200 characters are required.
Compare this player to other similar players you have used(optional).
If you import your club to FUTBIN or send us an image with the player data(fill the form below) your review will be marked as verified.
Include what you liked about the player in the pros area and what you disliked about the player in the cons area.
Your review will be manually checked during the next 24 hours.
Chem Style Used
Formations
Position
Rate Player Base Stats (1-10)
Pace
5
Shooting
5
Passing
5
Dribbling
5
Defending
5
Physicality
5
Most Used In:
Submit Review

Guys, I have no words to describe this guy. Yes, I know EA said that FBs at CBs are nerfed, but trust me, it's a load of BS. I play this guy LCB beside RTTK Marquinhos, and my goodness, they are a dream defence pairing. He's tall, big, fast, and most importantly his defensive stats are cracked. For those who are worried he might get out of position etc, do note that his WR are M/H, meaning there is a low chance of him running up, and all games I've played with him he has maintained perfect positioning throughout.

I start him off with 10 chem in LB and Lodi RTTK with 7 chem in FB, and I swap them in game. I use an anchor on him, as it gives him extra pace, defending and physicality. This helps him body all attackers including Mbappe and such. He wins more tackles than Marquinhos!

I've played him in Div 1, and reached Elite Div in 4 games (x2 boost). I concede much lesser goals and I'm more confident in my defence leading to less mistakes. That's how much I stan him. For less than 500k he is a total steal, almost 2m less than his mid!!! Downside is of course either him or your LB will have less chem, but come on, it won't affect you at all.

All in all, he has everything. My first review on Fifa 22 and he is already a 5/5 for me. Try him and you will not regret. Cheers.

Either your LB or him gets less chem (7), but no noticeable difference at all

Literally nothing else, what is there to lose?

I should start by saying that I generally play 70-100 depth and manual defend a lot (not the META thing to do in this game granted) but Maldini makes it so fun. He's incredible in the tackle, his pace means you can play a high line and he'll be able to recover.

We all read about the full-backs at CB nerf and this is why his price is so low. Because despite some of the comments about his positioning on this page - let me tell you this guy is the best CB I have used. On 10 or 7 chem it does not matter - he bodies people even with his low aggression, he's fast enough to out run Mbappe and his tackling is pretty much perfect (beyond the relentless dodgy bounce-backs that plague this game).

I play him in a full Italian side with Zambrotta, Chiellini and Spinazzola (shoutout Italian Stallion) and can confirm Stallion's verdict that this man is a god. Significantly better than CB at CB baby Cannavaro - so make of that what you will.

I got him for 380k a few weeks back and that is a ridiculous price. He's a nightmare to play against. VERY occasionally he might lose his man or stand motionless, but in my experience all players in this badly coded game do this from time to time.

If you're looking for an icon CB, just get this man in and enjoy his god like abilities. When you consider his mid is 2.5m and this card is around 400k at it's low (In December) - it's a bargain.

Every facet of defending

Doesn't have the iconic longer hair.