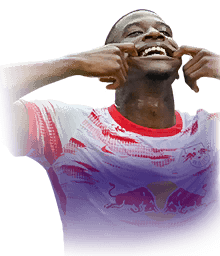 0
Sub out
Upcoming Matches
P. Chemistry
Squad chemistry
ST
69
RW
73
LW
73
CF
72
RF
72
LF
72
CAM
73
CM
76
RM
76
LM
76
CDM
82
CB
84
LB
83
LWB
82
RB
83
RWB
82
Reset
Basic
Sniper
Finisher
Deadeye
Marksman
Hawk
Artist
Architect
Powerhouse
Maestro
Engine
Sentinel
Guardian
Gladiator
Backbone
Anchor
Hunter
Catalyst
Shadow
Comments
Reviews
0
/600
Click here to verify your account in order to comment Update my avatar Dos and don'ts
Top Rated
New
Controversial
Show comments
Top Reviews
Only logged in users can submit a review
A review must be written in English
At least 200 characters are required.
Compare this player to other similar players you have used(optional).
If you import your club to FUTBIN or send us an image with the player data(fill the form below) your review will be marked as verified.
Include what you liked about the player in the pros area and what you disliked about the player in the cons area.
Your review will be manually checked during the next 24 hours.
Chem Style Used
Formations
Position
Rate Player Base Stats (1-10)
Pace
5
Shooting
5
Passing
5
Dribbling
5
Defending
5
Physicality
5
Most Used In:
Submit Review

I saw a lot of different opinions in the comments and decided to test this card out. I used him in a 4-4-2 on stay back at times on balanced and even attacking. Having tested out Walker, Cancelo, Cuadrado etc, I had an idea of my preference. At this point of the game 84 defensive awareness is good enough for a full back so i stuck a engine chem style on him. I went all the way from div 2 rank 1 to div 1 rank 1 with him in my team. Felt smooth on the ball, faster than stats suggest definetly better than kyle walker for me worth the coins. He's good for defending annoying corners agaisnt CR7, Lukaku, Benzema etc. Passing is a hit or miss, judging from his perfect med/high workrates with a shadow he could be a top centre back on the game. Very strong in the air, and when tackling, not easy to beat 1v1 because of his size and jockeying. I recommend him for sure.

Mukiele can be considered one of the coin-for-coin best pickups at right-back at the time of this review. Being french, you can use him for multiple hybrids so you can get your favorite players in. Onto the player himself:

Pace - He's fast! Wouldn't consider him a cheetah, but has the pace to get down the flanks, and explosive enough to burst into the offense.

Dribbling - He is NOT a quick dribbler, but being at RB you can definitely juke out your opponent, as Mukiele keeps the ball close to his foot, and can cut through the middle for offensive counters. Think of when Zouma, Matip, or Rudiger did those crazy forward sprints in open play in the Prem.

Shooting - Not a shooter--not going to clinically finish, but has a cannon shot! (First timers, Longshots)

Passing - Will fulfill your passing needs--he can switch the field, lob, 1-2, or drive almost any passes.

Defending/Physical - These two go hand-in-hand, as he will EAT any forwards trying to get behind his flank. His strength is ridiculous, and his strength makes his great defending that much easier.

With engine, he is super reliable for me-- I can drop back anad defend, and I can burst forward and cross the ball in if needed. He is a true RB card. He is/was cheap because of Leipzig's loss to PSG, but he is still (IMO) a top 5 back in his position as of now! IMO, his price will continue to rise until better options come out.

He's not a close finisher

Wouldn't try a Kazooie-highlight run with him, he will occasionally do a heavy touch

So originally, I had bought Mukiele RTTK a few weeks ago. I got him when Nkunku's rulebreaker was released, and in all honesty I didn't think that much of him. I sold him quite quickly, and Nkunku also found the bench. Fast-forward a few weeks later and I must say, he is one of the best CB's I've used this year. I used a 3-5-2 and 5-2-1-2 in-game, both of which, Mukiele found himself in the RCB position. I also tried using him in a 4-3-2-1 in which he was decent, but this card is built for CB, I feel his dribbling/attacking abilities lack the "modern fullback" role so it's better to use players like Cancelo/Hakimi there.