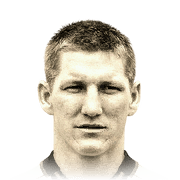 -
Sub out
Upcoming Matches
P. Chemistry
Squad chemistry
ST
85
RW
85
LW
85
CF
87
RF
87
LF
87
CAM
87
CM
90
RM
86
LM
86
CDM
89
CB
86
LB
86
LWB
87
RB
86
RWB
87
Reset
Basic
Sniper
Finisher
Deadeye
Marksman
Hawk
Artist
Architect
Powerhouse
Maestro
Engine
Sentinel
Guardian
Gladiator
Backbone
Anchor
Hunter
Catalyst
Shadow
Comments
Reviews
0
/600
Click here to verify your account in order to comment Update my avatar Dos and don'ts
Top Rated
New
Controversial
Show comments
Top Reviews
Only logged in users can submit a review
A review must be written in English
At least 200 characters are required.
Compare this player to other similar players you have used(optional).
If you import your club to FUTBIN or send us an image with the player data(fill the form below) your review will be marked as verified.
Include what you liked about the player in the pros area and what you disliked about the player in the cons area.
Your review will be manually checked during the next 24 hours.
Chem Style Used
Formations
Position
Rate Player Base Stats (1-10)
Pace
5
Shooting
5
Passing
5
Dribbling
5
Defending
5
Physicality
5
Most Used In:
Submit Review

Picked Schweni up for just under 600k at the time, and have played around 300-400 games with him in squad. A very reliable midfield option imo!

Played at CDM with a shadow chem to start, to really make the most of his defensive capabilities whilst giving the pace a nice boost! Solid, reliable and outstanding passing ability - easily the best passer of the ball I've used so far this year. His long range shots are pretty nutty too, being able to hit a shot through a deep-set defence and having it nestle in the top bin is incredibly satisfying. Overall a very well rounded CDM - 8/10.

Recently started playing Schweni as a BtB midfielder more recently however, and discovered just how enjoyable it is to use this card. An engine chem really rounds out his dribbling and feels much silkier on the ball. His passing is unrivalled, short, long, over the top, through the lines, down the wing, he can do it all. Great option for BtB CM - 9/10.

Overall a very reliable midfield option, for 380k at the time of writing, you could certainly do a lot worse! He is by no means super meta, some will dislike and others will love. But this Schweni card is great fun in the right set up. This late into the game, his base card stats for pace and dribbling are starting to show slightly, he can be a little clunky at times compared to other cheaper options, pace is never an issue but always feels like he could do a lot more if he was faster off the ball. A solid 8.5/10 icon for the price.