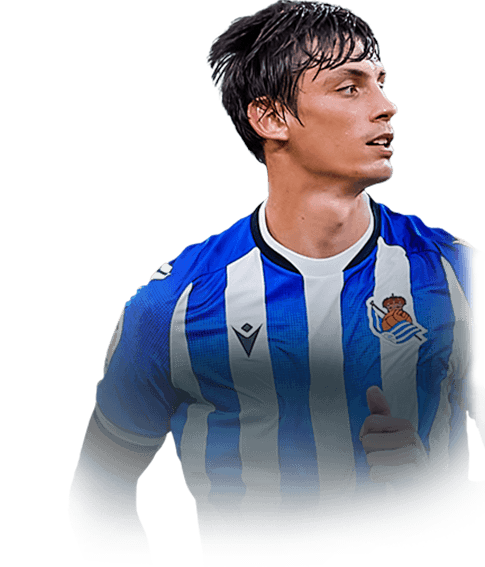 0
Red
Upcoming Matches
P. Chemistry
Squad chemistry
ST
56
RW
55
LW
55
CF
55
RF
55
LF
55
CAM
57
CM
64
RM
59
LM
59
CDM
78
CB
84
LB
77
LWB
74
RB
77
RWB
74
Reset
Basic
Sniper
Finisher
Deadeye
Marksman
Hawk
Artist
Architect
Powerhouse
Maestro
Engine
Sentinel
Guardian
Gladiator
Backbone
Anchor
Hunter
Catalyst
Shadow
Comments
Reviews
0
/600
Click here to verify your account in order to comment Update my avatar Dos and don'ts
Top Rated
New
Controversial
Show comments
Top Reviews
Only logged in users can submit a review
A review must be written in English
At least 200 characters are required.
Compare this player to other similar players you have used(optional).
If you import your club to FUTBIN or send us an image with the player data(fill the form below) your review will be marked as verified.
Include what you liked about the player in the pros area and what you disliked about the player in the cons area.
Your review will be manually checked during the next 24 hours.
Chem Style Used
Formations
Position
Rate Player Base Stats (1-10)
Pace
5
Shooting
5
Passing
5
Dribbling
5
Defending
5
Physicality
5
Most Used In:
Submit Review

He's so good. I originally got him because he's simply low risk, and I figured I'd try him because he'd fit my team perfectly. He gets my Isak RTTK on full chem, so I tried him out. Let me just say he's insane. His interceptions are the best I've felt on this game. He wins every ball, and gets soooo many interceptions. His headers are quite good too. His tackles are very good too, but not necessarily his strong suit. His positioning and interceptions are great, he really makes up for the lack of pace in this regard. If he fits your team, you might as well try him. He's low risk, and a very good player.

Pace, he could be a bit quicker

I did it because a friend of mine tried to lie to me that he is good, after a while I found out that he is excellent as a center back and that he is ''the tackle master''.

He is so good at tackling!

I have Varane in the team and he is not too far at the level from Robin Le Normand.

The thing that I don't like about him is the pace, I think if he was 80 pace he was so much better.

To sum up: he's really good.

I love using La Liga teams all the time, so any opportunity to try a new option in defense is something I welcome with open arms. Turns out, Le Normand is a solid Player with solid links. The flaws are exactly what you would expect just by looking at his stats (low agility, only decent pace), but the big thing that stood out to me was that his pros were a LOT better than I had expected. Mainly, while he is sightly slow to turn and chase, he is by far the best CB in the air I have had the chance to use (definitely the best in La Liga), and his tackling is immense. In all honesty, he almost makes me feel like I'm playing the game I want FIFA to be by making solid interventions and getting the ball away from defenders, even occasionally does the age old tackle-people-by-crashing-into-them-from-behind thing. The squad I use him in sees him flanked by 2 faster center backs, so I don't consider his pace a liability (since it's still decent IMO). For dirt cheap (an 82 rated squad), I simply see little to no reason NOT to do him if you have a La Liga team, especially considering he is french and can link out, or simply just strong link to the absolute beast that is Kounde.

The biggest question comes in comparing him to the other good CBs in La Liga, them being Alaba IF, Kounde, and Militao. I would say Le Normand comes in #3 position of these 4, which let him eek his way into my 3ATB. I would need to feel rather confident in the defensive capabilities of my midfielders to trust him in a 4ATB given the pace and agility of attackers in this game. This being said, if you can keep the play in front of him, he is amazing.