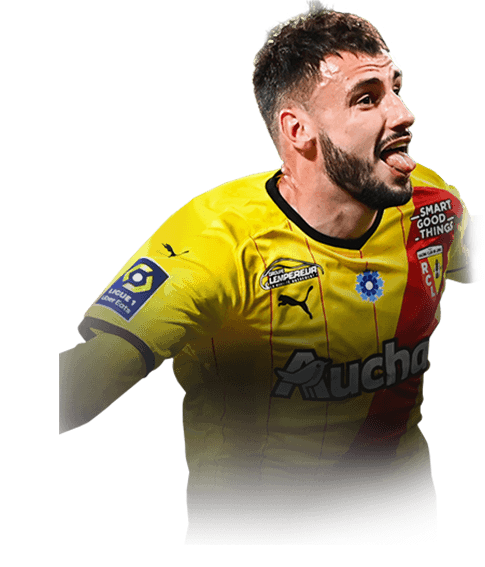 -
Sub out
Upcoming Matches
P. Chemistry
Squad chemistry
ST
78
RW
82
LW
82
CF
80
RF
80
LF
80
CAM
80
CM
79
RM
82
LM
82
CDM
79
CB
76
LB
82
LWB
83
RB
82
RWB
83
Reset
Basic
Sniper
Finisher
Deadeye
Marksman
Hawk
Artist
Architect
Powerhouse
Maestro
Engine
Sentinel
Guardian
Gladiator
Backbone
Anchor
Hunter
Catalyst
Shadow
Comments
Reviews
0
/600
Click here to verify your account in order to comment Update my avatar Dos and don'ts
Top Rated
New
Controversial
Show comments
Top Reviews
Only logged in users can submit a review
A review must be written in English
At least 200 characters are required.
Compare this player to other similar players you have used(optional).
If you import your club to FUTBIN or send us an image with the player data(fill the form below) your review will be marked as verified.
Include what you liked about the player in the pros area and what you disliked about the player in the cons area.
Your review will be manually checked during the next 24 hours.
Chem Style Used
Formations
Position
Rate Player Base Stats (1-10)
Pace
5
Shooting
5
Passing
5
Dribbling
5
Defending
5
Physicality
5
Most Used In:
Submit Review

He is actually better than I expected. One of the only good french RB players, I have used RTTK Mukiele too but I prefer Clauss. For his price he is an absolute steal. I have played him in FUT champs and 4 goals and 6 assists! In my opinion that's great considering I use him as a RB. He has suprisingly good interceptions, definitely a must use player!

Def. awareness a bit low, so he can be caught off guard in some stressful situations.

Where do I even start...This card is so versatile as a full back, the lean body type, combined with the great all-around stats provides one of the best options in the game for the right-back position. I'm a div 1 player, and Clauss featured's IF has felt much better than Hakimi, Trent RB, and Tavernier IF. I guess the lean body type gives the edge over other players who are stockier.

I've been using this guy as my lwb in a 5-2-2-1 formation where I use my wing-backs VERY offensively and this guy has been doing absolute wonders for me. As weird as it might sound I've used a gladiator chem. style on him as I want him to shoot as well as it is easier to get space for wing-backs than strikers (I guess people don't expect it). Eitherway he's honestly scoring a fair bit of goals for me (roughly one goal every fourth game) and assisting even more often. He's class at going forwards and his defending is also fairly great!

Possibly the best non-icon wing-back in the game for offensive scenarios.

Fairly easy to link as he's French (and honestly the link to Kimpembe is also pretty nice!)

He's not extraordinary at defending although he'll do the job just as good as most other popular full- or wing-backs.

3* 3* is not a huge let down although it is something to consider.