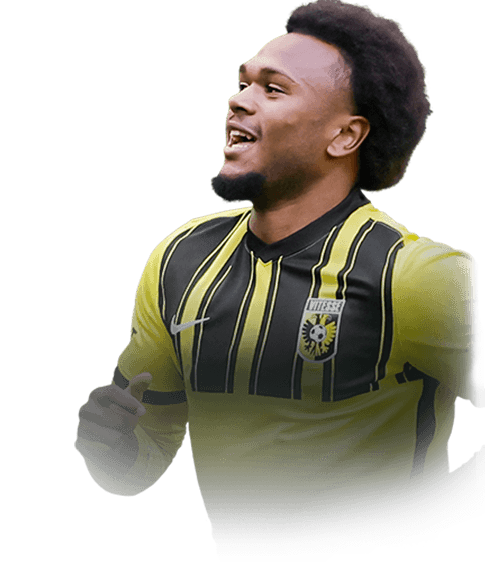 increadible winger and can also be played on st, if he doesnt fit in your team use him as supersub, he is very usable I dont know what to say?

you can outpace everyone and got a incredible shooting

the 3 star skill moves and long shot is ass.

Bro is an ABSOLUTE bullet off the ball, with the ball he is obviously a bit slower but usually when he gets the ball he is already 2 or 3 meters ahead of the defenders, his finishing was wonky but as soon as I slapped a Marksman on him this man legit turned into Prime Henry, I did him cuz I was super excited for Neres (whose extremely fun as well) and Openda ended up absolutely stealing the show, nah like im not even joking, this man gave me the same feeling Fekir's SBC gave me when he came out, bro is fast, pretty strong and deadly inside the box

Legit made my acc just to review this man

If he wasnt f2p I would give him a 4,5 star rating but since mans free he is obviously a 5, the objectives aint even that hard!!

His shooting is decent (amazing if u apply the Marksman)

His physicality is pretty good which harmonizes well with his body type, he can handle defenders pulling him pretty well

His dribbling can be kinda clunky but thats when the Marksman saves him!

This man is absolutely insane!!!! I cannot believe how good he is for a free card. This is the first review I've ever written on futbin, and it's worth it for how good of a card he is. So pacey, especially off the ball where he just breaks away and gets into the best positions. On the ball, he is a little bit slower, but his dribbling is honestly still more than good enough. His passing lets him down a little, but playing him as a lone striker I really didn't need it that much. Him and David Neres (88) link up incredibly well. I recommend him highly!!!

Shooting (shot power is insane, rocket on both feet)

Strength (holds off almost every defender)