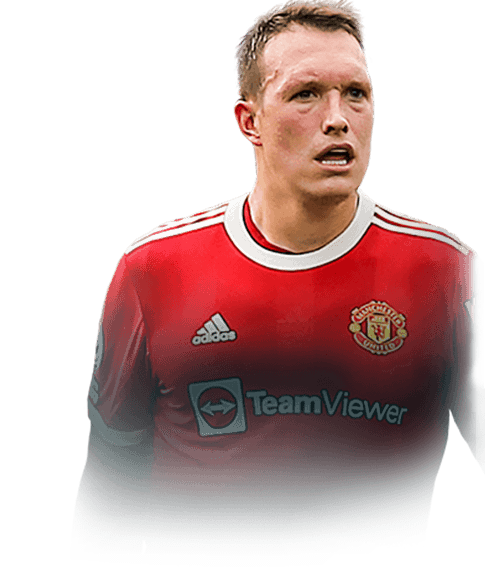 Phil Jones was truly outstanding. I used him in a team that didn't really have enough attacking talent already, so I played him as an attacking-minded center defensive mid that went from box to box. In game, I effectively played a 4-1-1-1-1-1-1, with Jones playing defensive midfield (the first 1). His attacking runs were superb, unparalleled by those of Ben Yedder, Mbappe, and Donnarumma, and his finishes were of unbelieveable quality, quality I've never seen from any striker or right back in the game. He is so composed on the ball and in his finishes, but his shot power left keepers with no chance of saving his shots. COMPLETE THIS SBC NOW!

-In-game face was a wonderful touch

-Not that much else, all of his goals for me were from my corner technique

-70 stamina isn't enough, box to box midfielders require at least 75 to be useable

-Bad agility and balance, feels clunky on the ball

-Only 2* skills means I can't do elastico cancels

Now I know that most people who complete this sbc are either doing it for the memes or because they're gonna use it for silver stars. But listen. If you are low on coins and cant afford a varane or a van Dijk, this card is genuinely cracked. 96 aggression. 90 jumping. slap a shadow on him and his lowest defensive stat is 87. pace is not the most important part of center backs in this game, and 83 is sufficient; plus, 82 acceleration and not like 90 sprint speed and 70 acceleration. 81 short passing and 77 long passing does the job for me.

he stops people. he just stands there and takes the ball. genuinely a good cb. and for the price, amazing.

nothing wrong with the passing

dribbling stat is normal for a cb