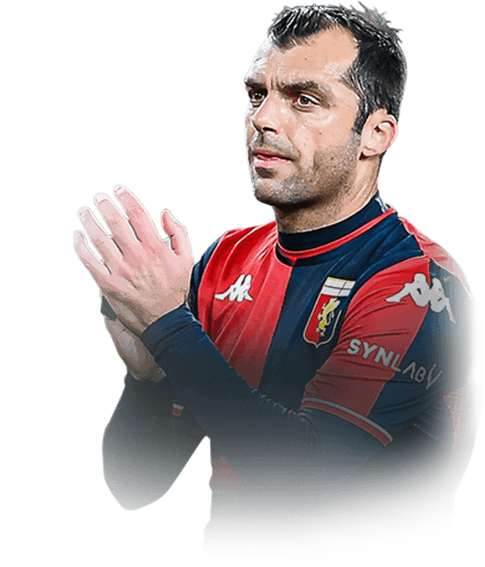 What do I say about this card. Wow. I originally looked at this card and thought this might be a cool card as a backup to osimhen, I tried him out in one friendly match against my friend and he was absolutely amazing. Genuinely feels like 99 agility on the ball even without an engine and oh boy don't even get me started on the shooting, 4 star weakfoot is a lie is right foot shoots equally as accurate missiles as his left and the 'tik tok corner tactic' works every time. Literally a flawless card, pace is more than good with a hunter and physical is obviously amazing.

First thing I noticed in playing with him, and CR7 does this in-game as well, he drops deep even on stay forward, coming almost to the halfway line and trying to start attacks from there; if anyone remembers Berbatov's last season at Fulham, it is the best description I can give. Once the attack starts, he is really good at finding space off-of-the ball to contribute to the attack; he may be a better CAM than striker for most people, but I used him as a target man. His shot power is good but his finishing can be a little suspect, perhaps due to his rather low composure. On the ball his dribbling feels good, his shot cancels feel among the best I've used this year and create a ton of space. With the engine, the passing is pretty solid and have really no complaints. I, personally, love how he feels and plays but if I lost my bias towards him: it can be frustrating to have a forward player not always be in an attacking position.

-Timed shots with his slow animations

Mr.Pandev is very good for beginner and advanced serie a teams. His pace is iffy when you use a an engine so I switched to a hunter and it changed everything.He is very rapid with the hunter and gets past defenders pretty easily. I mean it when I say it he has incredible shooting and with the finesse and outside the foot trait he is unstoppable when shooting inside and outside the box. His agility is decent and his dribbling is good,perfect for getting past defenders with a skill or two and putting the ball in the back of the net.All in all, this card is top 3 serie a striker with a hunter and I highly recommend giving him a shot .