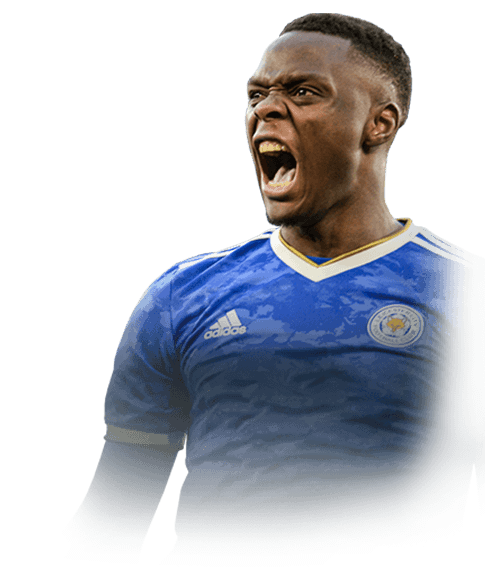 0
Red
Upcoming Matches
P. Chemistry
Squad chemistry
ST
91
RW
86
LW
86
CF
88
RF
88
LF
88
CAM
85
CM
77
RM
85
LM
85
CDM
60
CB
54
LB
59
LWB
62
RB
59
RWB
62
Reset
Basic
Sniper
Finisher
Deadeye
Marksman
Hawk
Artist
Architect
Powerhouse
Maestro
Engine
Sentinel
Guardian
Gladiator
Backbone
Anchor
Hunter
Catalyst
Shadow
Comments
Reviews
0
/600
Click here to verify your account in order to comment Update my avatar Dos and don'ts
Top Rated
New
Controversial
Show comments
Top Reviews
Only logged in users can submit a review
A review must be written in English
At least 200 characters are required.
Compare this player to other similar players you have used(optional).
If you import your club to FUTBIN or send us an image with the player data(fill the form below) your review will be marked as verified.
Include what you liked about the player in the pros area and what you disliked about the player in the cons area.
Your review will be manually checked during the next 24 hours.
Chem Style Used
Formations
Position
Rate Player Base Stats (1-10)
Pace
5
Shooting
5
Passing
5
Dribbling
5
Defending
5
Physicality
5
Most Used In:
Submit Review

I was one of the first ones who completed him,I was waiting the whole day just for his sbc to come out.

It came out and I had to make a review on this card.

I played 3 rival games(div 2 rank 1) in total and all i have to say is that hes a beast.

Beast Pace, Beast Shoots, Beast Headers...for a non-skiller like me he is the perfect striker.

I tried out a lot of different Strikers like Embolo, Malen, Solskjaer etc. even though they all were good, theyre not on the same level as Daka.

He runs through the defenders like soap, they cant catch him and when hes through they all know hes gonna score,his shots are so powerful it could break the net,no keeper stands a chance against him.

The 3*sm doesnt really bother me,for me the most important thing is wf, I always liked Daka, I first discovered him when I watched a match of RB Salzburg,he scored two goals,since that he always was my first guy i bought in Career Mode. His TOTS last year was outstanding for me and this Card is one of the main reasons why I did his WW ,cause the stats are very similiar in June!

In the 3 rival games he scored 6 goals and made 3 assists.

When i packed Winter Wildcard Soyuncu I instantly knew that i wanted to get the Daka card that was coming out in the swaps.

31 games, 43 goals and many tshabalala dances later, i can tell you that this cause is a beast.

His speed is crazy, he makes Usain Bolt look like a pensioner, and when it comes to beating defenders for pace he's simply the best. The 97 Pace combined with his physicals mean's he can not only beat defenders for pace but also shrug them off and then finish.

His finishing is insane, 9/10 Shots go in, I've score every sort of goal possible with him, and also multiple hattricks, what more do i need to say.

When it comes to dribbling its saucy, what he lacks in skill moves he makes up in agility, his left stick dribbling is insane and even with the lack of stills he still performs ball rolls and other skill moves he can do smoothly, thought i would like the 4*

The m/m workrates are a bit dodgy, sometimes he lacks behind on the counter attack but most of the time its not too much of a problem

Passings a bit meh but it'll do the job.

His strong links kinda suck other than Soyuncu but hes got plenty of good soft links in the prem.

So to sum it up, viva la dak dak

The fact hes not my husband

I chose Daka because I didn’t want to grind objectives and boy I’m happy I did. I’ve used many strikers this year including Mbappe and I can confidently say that Daka is well clear of all of them. I’m using a Hawk on him and I’ve got him up top with Joe Cole in a 4-3-1-2 and he bags goals like 11/12 Messi. At 10 chem he has 99 finishing, 98 shot power, and 96 long shots and it certainly feels that way. He finishes from absolutely any angle, if he’s in the box he’s scoring almost guaranteed. I’ve got 18 games on him, 10 in champs qualifying and 8 in Division 2 and 3. In those 18 games, he’s scored 37 goals. He’s strong on the ball, his dribbling feels very silky smooth, and he’s wonderful in the air. I’m not a skiller so I don’t notice the 3* WF at all. His stamina is 92 which means I don’t have to sub him off ever. Overall I would HIGHLY recommend this card if you can fit him into your team

Unreal finishing on both feet

Doesn’t get bullied off the ball

Great in the air

Don’t have to sub him off

3* skills if you’re into that

Med/med workrates could be better