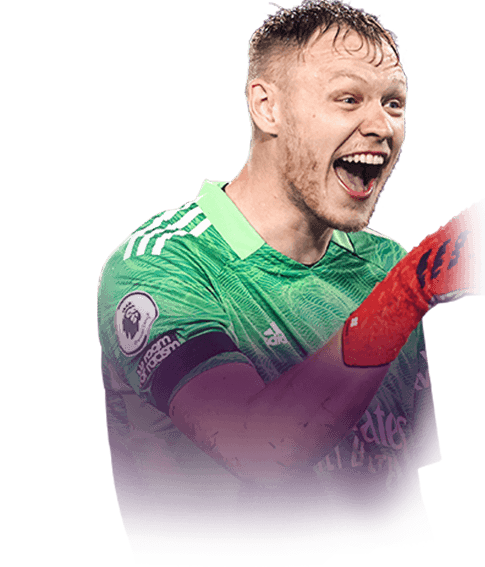 Before I write this review I must add that I am an Arsenal fan and love Ramsdale but he is the most frustrating GK i have ever used in my fifa life. In one match he can just dive over every shot taken at him and let in 3 goals from 3 shots on target and then the next game turns into prime Yashin diving like a cat and saving every shot that comes his way. Sometimes he catches and sometimes he punches. The most annoying GK I have ever used.

Turns into 17/18 DDG against Arsenal on occasions

Can produce a good camera save

Turns into my Nan on occasions

I will start this off by letting you all know that I created my account in order to write this review. If you are like me, a lifelong arsenal fan, you got excited when you saw this card. I'm sorry, but the other negative review is correct. This man is shocking. I have been playing ultimate team since FIFA 11. This is hands down the worst goalkeeper I have ever used. I do not know what they did but they broke his card. His positioning and handling are both atrocious in-game. He actually drops everything. I don't think I registered a single clean sheet with him because he would always find a way to concede a frustrating goal. If you are doing a premier league team, or a past/present Arsenal squad like myself, I can only recommend 86 Emi Martinez, as I have used him and he is the complete opposite of this Ramsdale. Please do yourself a favor and stay away from this guy. 0/10.