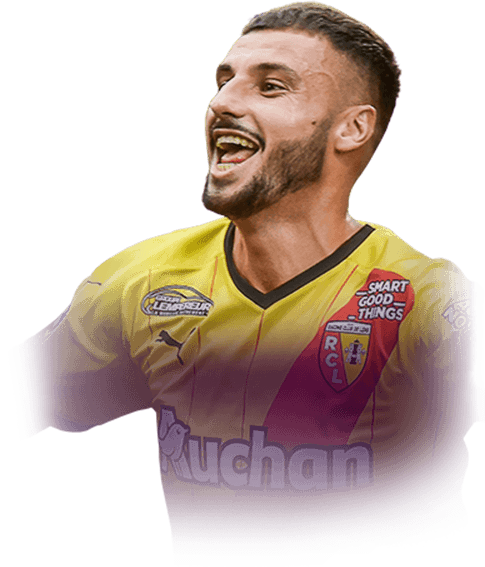 -
Sub out
Upcoming Matches
P. Chemistry
Squad chemistry
ST
82
RW
86
LW
86
CF
84
RF
84
LF
84
CAM
84
CM
84
RM
87
LM
87
CDM
84
CB
82
LB
87
LWB
88
RB
87
RWB
88
Reset
Basic
Sniper
Finisher
Deadeye
Marksman
Hawk
Artist
Architect
Powerhouse
Maestro
Engine
Sentinel
Guardian
Gladiator
Backbone
Anchor
Hunter
Catalyst
Shadow
Comments
Reviews
0
/600
Click here to verify your account in order to comment Update my avatar Dos and don'ts
Top Rated
New
Controversial
Show comments
Top Reviews
Only logged in users can submit a review
A review must be written in English
At least 200 characters are required.
Compare this player to other similar players you have used(optional).
If you import your club to FUTBIN or send us an image with the player data(fill the form below) your review will be marked as verified.
Include what you liked about the player in the pros area and what you disliked about the player in the cons area.
Your review will be manually checked during the next 24 hours.
Chem Style Used
Formations
Position
Rate Player Base Stats (1-10)
Pace
5
Shooting
5
Passing
5
Dribbling
5
Defending
5
Physicality
5
Most Used In:
Submit Review

I decided to complete Clauss' sbc because of my team that mostly has French players (as you can see in my squad below).

Many of you will ask before completing his sbc: "Is he better than Hakimi?" The answer is: yes.

His pace is a little bit weaker, but don't worry, applying an Anchor chemstyle will help boosting his pace.

So, let's head into the review.

I had no problems with his pace at all and it's not a surprise. He can outrun every winger, and that's the main thing that comes to my mind when I want to replace one of my fullbacks. So don't worry, he will be as fast as like Mbappé. He has no problems with accelerating and sprinting as well.

I haven't shot with him yet, but I don't think it will happen in the future either, as I use him as RB.

Quite consistent passing, I must say. In this game the passing is so much important than last year, so many of you will have a look at his passing stats. I had no problems with his passing at all - sometimes, his long passes were quite long, but other than that his passing is decent.

He has 95 agility which is a very good stat for him. His dribbling is so so good. Even though he has 3* skills, you can dribble him as much as you can, he's very fast on the ball.

Applying an Anchor chemstyle for him will boost his defending stats, which is very important for him as his default defending stats are 80 rated. But ignoring that, his defending is very good. As I mentioned, he can outrun every winger and can get the ball from them easily. Standings tackles are so op for him, he can tackle everyone in the box as well.

His stamina is 99... I don't think I have to say anything on that. He won't get tired after 90 minutes. I guarantee you. As for the physical abilities, he's not the strongest and the most aggressive player on the wings, but I don't think he needs to be. With anchor, his strength is 85 and his aggression is 83. I think these are very good stats for a fullback. He won't have problems thaking the ball from the opponent, as I mentioned a few times already.

All in all, I can only say that if you don't have a better fullback and you have the opportunity and a Ligue 1/French team, complete him as soon as you can. He's gonna be upgraded for sure in the future, and he's a quality fullback to have in your team.

I have been using his 84 card for over a month and I can honestly say that is has been the best RB I've ever used. I've tried all good RB cards from top 5 leagues (except last cards, but anyway) and Clauss somehow the best of them. His stats don't seem very good (he isn't the fastest RB. he isn't the tallest RB. he isn't the best at defending), but he is a beast, trust me. So, when I saw this SBC incoming, I was ready to spend all my money for him because I'm sure that it's an endgame card. (When I saw his price I was a little bit scared because I've thought that everyone will complete this beast). Use this card with anchor chemstyle (the only one and excellent option).

He is very quick and can catch everyone (with anchor his pace is 98).

The most important thing for RB/LB about dribbling is agility and he has 95 agility. Balance is not so good, but I haven't felt it in game. He can also do some runs and his ball control feels good.

I use him with "stay back" instruction and his defending is great. Interceptions, tackles are always successful.

99 stamina, come on. If you want to hear something about him strength, it feels much better than 75. He can push wingers really well.

He easily wins air battles with wingers who has the same height as him, but loses all with tall players. In game you won't feel it very much because RB players don't really have to be tall.

Noticed a guy gave him a 2.5/5, don't listen to him. Clauss is incredible at everything, including defending. I had an anchor chem style on him and played him on 7 chem. He's truly the best RB I've used and gone up against this year. Usually RBs don't change games, but this guy does. He makes the interception, and makes great forward runs.

Feels incredible on the ball