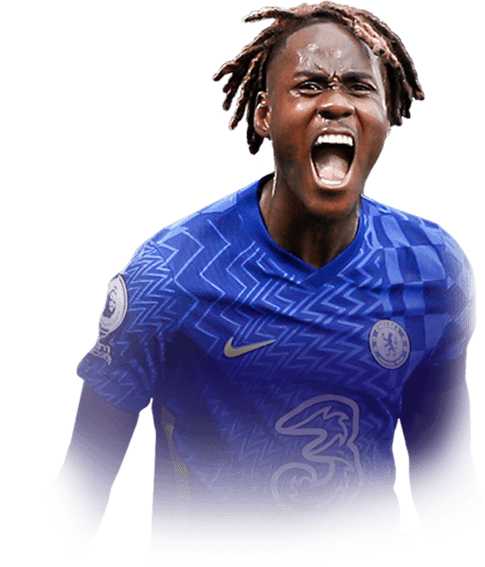 -
Sub out
Upcoming Matches
P. Chemistry
Squad chemistry
ST
83
RW
83
LW
83
CF
84
RF
84
LF
84
CAM
84
CM
85
RM
85
LM
85
CDM
87
CB
86
LB
85
LWB
85
RB
85
RWB
85
Reset
Basic
Sniper
Finisher
Deadeye
Marksman
Hawk
Artist
Architect
Powerhouse
Maestro
Engine
Sentinel
Guardian
Gladiator
Backbone
Anchor
Hunter
Catalyst
Shadow
Comments
Reviews
0
/600
Click here to verify your account in order to comment Update my avatar Dos and don'ts
Top Rated
New
Controversial
Show comments
Top Reviews
Only logged in users can submit a review
A review must be written in English
At least 200 characters are required.
Compare this player to other similar players you have used(optional).
If you import your club to FUTBIN or send us an image with the player data(fill the form below) your review will be marked as verified.
Include what you liked about the player in the pros area and what you disliked about the player in the cons area.
Your review will be manually checked during the next 24 hours.
Chem Style Used
Formations
Position
Rate Player Base Stats (1-10)
Pace
5
Shooting
5
Passing
5
Dribbling
5
Defending
5
Physicality
5
Most Used In:
Submit Review

wtf!!!! this card is broken. feels like vieira and dribbling is so nice for a tall guy for a free card its a must do even if he doesnt fit MAKE HIM.

PHY is broken nobody getting past him

PAS really good for a cdm

legit everything you could want from a tall player.

nothing you get what you paid for a tall beast.

Ive used this card at left cb in a back 3 along toty dias and otw upamacano (who is also cracked). I chose his cdm because overall it was a better card and if I ever wanted to use him at cdm I could. With a shadow his cdm card is actually better than his cb at cb imo. Anyway I have used chalobah in div 2 and champs in which i consistently get 11 wins. And trust me this card is insane, he feels rapid in game and his tackling is very on point. A positive that comes with the cdm is the boosted dribbling which is very handy when he breaks into midfield with the ball passing into mid cruyff. Imo this card is a must do and is very handy even if hes just in your club, its is time but at the end of the day it can be completed in rivals which is handy.

did this card on Friday when it got out to use it in my weekend league team.

Overall, I was not impressed by Chalobah. He did an allright job - no major blunders - but most of the time he was pretty unnoticeable.

One major problem are his workrates. Medium medium is not optimal for a CM in the 442, and since Zidane also has M/M, my midfield felt considerably less active.

PACE: This is one of his strengths, he is quite quick and you can easily pass most CMs when making a run for it.

SHOOTING: N/A. He did not score a goal, but did not miss any big chances either.

His stats look okay though, so I'm sure he'll be able to score some tap ins.

PASSING: Also good. You'll notice that its not 99, but as long as you don't try anything too risky, the pass will probably arrive.

DRIBBLING: His other strength. He turns nicely and his ball control is good. Don't expect him to feel like Neymar, but for a CM / CDM its sufficient.

DEFENDING: Could be better. I feel like he was often out of position and missed easy tackles. He is not a liability, but other players are definitely more precise in their defensive play.

Given that his stats look insane with a shadow, I expected more.

PHYSICAL: I'm not sure what he is lacking here, but he got bullied quite a lot. He'll win some tackles, but he does not have the physical presence of players like Fofana.

Also, is stamina is quite low.

Chem style: I used SHADOW, which should be the best option for a CDM. At CM, ENGINE should also work very well.

If you have the time and want to work towards something I would recommend you to do him, he's not bad and will be fun for a couple of games.

I, however, will be going back to 74 Diallo, as he suits my team and playstyle better. Chabolah will probably end up as fodder sooner or later.