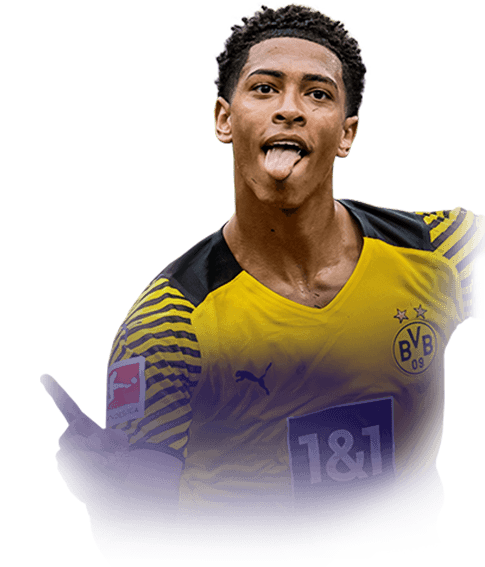 -
Sub out
Upcoming Matches
P. Chemistry
Squad chemistry
ST
88
RW
90
LW
90
CF
90
RF
90
LF
90
CAM
91
CM
91
RM
90
LM
90
CDM
91
CB
89
LB
89
LWB
90
RB
89
RWB
90
Reset
Basic
Sniper
Finisher
Deadeye
Marksman
Hawk
Artist
Architect
Powerhouse
Maestro
Engine
Sentinel
Guardian
Gladiator
Backbone
Anchor
Hunter
Catalyst
Shadow
Comments
Reviews
0
/600
Click here to verify your account in order to comment Update my avatar Dos and don'ts
Top Rated
New
Controversial
Show comments
Top Reviews
Only logged in users can submit a review
A review must be written in English
At least 200 characters are required.
Compare this player to other similar players you have used(optional).
If you import your club to FUTBIN or send us an image with the player data(fill the form below) your review will be marked as verified.
Include what you liked about the player in the pros area and what you disliked about the player in the cons area.
Your review will be manually checked during the next 24 hours.
Chem Style Used
Formations
Position
Rate Player Base Stats (1-10)
Pace
5
Shooting
5
Passing
5
Dribbling
5
Defending
5
Physicality
5
Most Used In:
Submit Review

So i was thinking of buying a new cdm for my team since i've been using Fofana potm for 1k+ games and hes done wonders for me but was getting quite boring so i looked at Bellingham directly when he got released. Where do i even start. Imma just say this, if you got the coins to spend a mil+ on a midfielder then hes your guy, maybe toty Kante or Gullit is better but that's about it, used kdb Toty as a dm/b2b and he wasn't as good.

Best midfielder I have ever used. I played him in a 4222 as a b2b and he carried the midfield so hard. He is really good in defense and also amazing while attacking. He scored a lot more I tought he would have (5 goals in the first 8 games) thanks to his dribbling and shooting. I put a basic on him since I didn't need the shadow defence boost.

His shooting is way better then you'd think, he has already scored some bangers for me from outside the area

Passing is one of his best stats, he never misses

He's amazing while defending as he is fast, agile, but also quite big, the 95 strength really helps out

Overall he's better then vieira and gullit mid but y'all aren't ready for that take. If you can link him, go for it.

pretty much none but If i really have to say some: