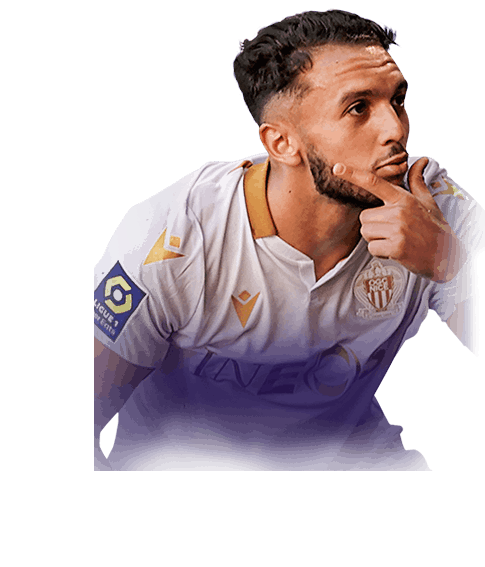 1
Sub out
Upcoming Matches
P. Chemistry
Squad chemistry
ST
90
RW
89
LW
89
CF
89
RF
89
LF
89
CAM
88
CM
84
RM
88
LM
88
CDM
74
CB
69
LB
73
LWB
75
RB
73
RWB
75
Reset
Basic
Sniper
Finisher
Deadeye
Marksman
Hawk
Artist
Architect
Powerhouse
Maestro
Engine
Sentinel
Guardian
Gladiator
Backbone
Anchor
Hunter
Catalyst
Shadow
Amine Gouiri Objectives
Learning in Lyon
Score an Outside of the Box goal in 2 separate matches in the Live FUT Friendly: Ligue 1 Liaisons
Nice Play
Assist 3 goals using French players in the Live FUT Friendly: Ligue 1 Liaisons
Future Success
Win 4 matches in the Live FUT Friendly: Ligue 1 Liaisons
Gifted Gouiri
Score in 10 separate matches using Ligue 1 players in the Live FUT Friendly: Ligue 1 Liaisons
Comments
Reviews
0
/600
Click here to verify your account in order to comment Update my avatar Dos and don'ts
Top Rated
New
Controversial
Show comments
Top Reviews
Only logged in users can submit a review
A review must be written in English
At least 200 characters are required.
Compare this player to other similar players you have used(optional).
If you import your club to FUTBIN or send us an image with the player data(fill the form below) your review will be marked as verified.
Include what you liked about the player in the pros area and what you disliked about the player in the cons area.
Your review will be manually checked during the next 24 hours.
Chem Style Used
Formations
Position
Rate Player Base Stats (1-10)
Pace
5
Shooting
5
Passing
5
Dribbling
5
Defending
5
Physicality
5
Most Used In:
Submit Review

When I first saw this card I was like let's ignore him, 87 dribbling with low balance is just too low for this stage of the game, I already had Icardi and Ginola in my club anyway. Still, I was curious about this card, with the hawk chemistry style his stats are very nice, I am a weekend league player rank 5/rank 4, and to be honest for that level, this card is extremely suitable, especially because of his shooting stats in combination with the outside foot shot and finesse shot trait, this guy really scored some bangers from outside the box, Let's not beat around the bush his dribbling is not ideal and certainly inferior to other strikers and you will notice that from time to time.

Pace is as you would expect not as good as a Daka or a Vinicius Jr, yet I did not find it annoying, the combination with his high strength and aggression is deadly. There was a game in champs where he kept Prime Maldini off the ball several times by just using his strength over and over again. because it is not very difficult to unlock him, I would definitely give him a chance if you are still looking for a striker who can functionate as an excellent target man.

Initially, like many, I was skeptical about this card. Give the base stats, the card had the potential for mediocrity in a year where plenty freakish french cards are available. Upon further examination though, this card looked very similar and even better than WW Fabinho (who I had recently added to link Neymar). After playing a couple of games with this card at CAM, I can say this card is definitely worth the time to complete the objectives. I was able to slot this player into an intensive CAM role in a 3-5-2 and he provided an immediate upgrade to fabinho (a 400k card) for free. With engine shooting stats are still excellent and the player moves pretty smoothly. The header rating is a nice perk too. no 5 stars is the only main drawback. Thanks for reading, this is my first review!

A very balanced and versatile card, can play distribute, shoot, and win the ball back

Can play CAM or secondary ST

no 5 star skills or weak foot

I completed this card straight away when I saw it because of the amazing shooting stats and I felt like my team needed a finisher like him. Although the dribbling did but me off a bit in game he is not that bad at all. I tried him with a hawk to test his dribbling unchanged with a chem style like a engine. But it felt surprising decent so I kept the hawk chem style to boost his pace and physical. He was best for me in this weekend league so far with 24 goals and 12 assists so far in 15 games. Him and ben yedder up top are really good and this may seem surprising but he was outplaying the rat himself. To top it off he has the best traits in the game in my opinion with the finesse shot, outside foot shot and flair traits. this helps him to finish all the shots i would expect him to finish and make him an extremely reliable shooter. Despite the fact he is 5"11 he also has really good strength and can hold off the defender momentarily and find a good pass (passing is one of the best on a striker). But ultimately the main pro is that he is free and doesn't take much time to get with easy objectives.

The only real downside I would say is his pace because it can be misleading with 91 pace and with the hawk 96. He doesn't really sprint past the defenders you would expect him to get past like van dijk (although he is a beast)