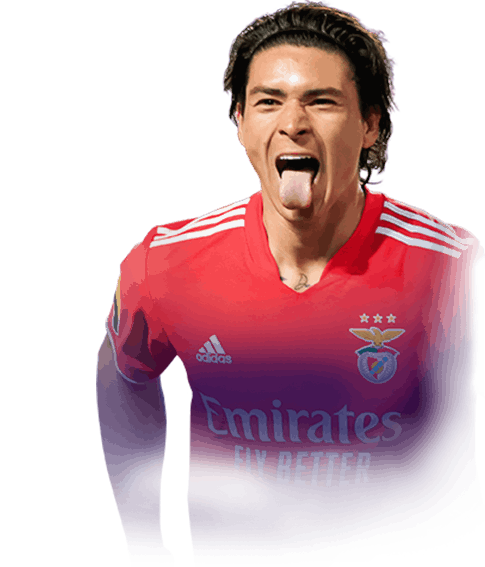 -
Sub out
Upcoming Matches
P. Chemistry
Squad chemistry
ST
88
RW
86
LW
86
CF
87
RF
87
LF
87
CAM
86
CM
80
RM
86
LM
86
CDM
69
CB
66
LB
69
LWB
71
RB
69
RWB
71
Reset
Basic
Sniper
Finisher
Deadeye
Marksman
Hawk
Artist
Architect
Powerhouse
Maestro
Engine
Sentinel
Guardian
Gladiator
Backbone
Anchor
Hunter
Catalyst
Shadow
Comments
Reviews
0
/600
Click here to verify your account in order to comment Update my avatar Dos and don'ts
Top Rated
New
Controversial
Show comments
Top Reviews
Only logged in users can submit a review
A review must be written in English
At least 200 characters are required.
Compare this player to other similar players you have used(optional).
If you import your club to FUTBIN or send us an image with the player data(fill the form below) your review will be marked as verified.
Include what you liked about the player in the pros area and what you disliked about the player in the cons area.
Your review will be manually checked during the next 24 hours.
Chem Style Used
Formations
Position
Rate Player Base Stats (1-10)
Pace
5
Shooting
5
Passing
5
Dribbling
5
Defending
5
Physicality
5
Most Used In:
Submit Review

Got Nunez out of my 85x10 and thought he looked like an interesting and fun card, he did not disappoint. He has very good ball control and feels very agile and he is very very good physically and scored a lot of headers for me in the WL. Would recommend for anyone with any sort of budget because he is that good and he played like a card worth hundreds of thousands, quite hard to link but with an icon easy to get on 8 them and that's enough for his finisher boosts.

Finishing (shooting as a whole)

As I'm portuguese, every year I build myself a portuguese or Liga Portugal squad as my secondary team for whenever I'm bored of playing with my main one so, when this card was released, as a Benfica fan, I knew I had to get him asap and oh boy I wasn't disappointed. Even though he's tall and he has a body type a lot of people dislike, I found him to run really smoothly as he turns and dribbles very well and for some reason I feel like he's one of the best goalscorer I've played with somehow. I play with him as a ST and I'm not claiming that he's the best striker in the game but right now I have 22 games with him and he has NEVER failed to scored in a game he's played, having scored multiple braces and hat-tricks. He's one of the deadliest players when it comes to scoring from corners since he seems to out jump every defender he's up against. I try to be open minded when it comes to playing with players who don't have at least double 4* and, once again, I wasn't disappointed because even with his 3* left foot he rarely fails to bury the ball in the back of the net when there are other players with the same WF like SS Gelson, RB Antonio and RTTF Sanchez whose WF felt weaker to me. For me Finisher is the right chem style since he gets nearly perfect shooting and the dribbling boosts are really noticeable in game. To finish this off, I love the fact that he's so strong because there's times I feel like defenders are catching up to him but he just keeps running like he has just stolen candy from 5 year olds... EASILY.

That's it. That's the word. Darwin just makes everything feel easy, and I love him for it. If you wanna have a little bit of fun, built yourself a Liga Portugal squad with him up top and I can guarantee.. You won't be let down.

Can be hard to link, I use a full Liga Portugal squad