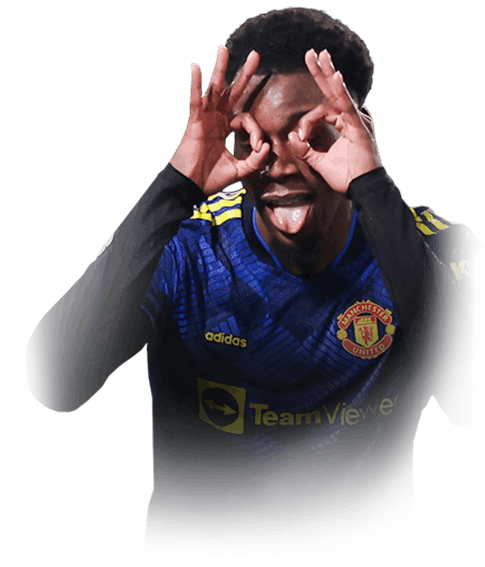 -
Sub out
Upcoming Matches
P. Chemistry
Squad chemistry
ST
82
RW
83
LW
83
CF
83
RF
83
LF
83
CAM
81
CM
73
RM
82
LM
82
CDM
58
CB
50
LB
60
LWB
63
RB
60
RWB
63
Reset
Basic
Sniper
Finisher
Deadeye
Marksman
Hawk
Artist
Architect
Powerhouse
Maestro
Engine
Sentinel
Guardian
Gladiator
Backbone
Anchor
Hunter
Catalyst
Shadow
Comments
Reviews
0
/600
Click here to verify your account in order to comment Update my avatar Dos and don'ts
Top Rated
New
Controversial
Show comments
Top Reviews
Only logged in users can submit a review
A review must be written in English
At least 200 characters are required.
Compare this player to other similar players you have used(optional).
If you import your club to FUTBIN or send us an image with the player data(fill the form below) your review will be marked as verified.
Include what you liked about the player in the pros area and what you disliked about the player in the cons area.
Your review will be manually checked during the next 24 hours.
Chem Style Used
Formations
Position
Rate Player Base Stats (1-10)
Pace
5
Shooting
5
Passing
5
Dribbling
5
Defending
5
Physicality
5
Most Used In:
Submit Review

Immediately, i'll start by mentioning that this card is not meant for top tier teams alongside the likes of mbappe, neymar, etc. Essentially, he's a step down from that. I used Elanga in the Elite Division at 1900 skill rating with a team of the new cards I wanted to try out. Elanga was definitely tied with Joelinton for the best player in the team. Having used the 88 Vinicius Junior, he feels very similar and isn't actually far from his standard. The card is absolutely rapid and is able to get by essentially and defender with relative ease. Elanga finishes absolutely everything, he is absolutely lethal in front of goal and will not miss a single sitter, provided you finish it right. The passing is easily the most underwhelming part of the card, but is still going to be able to complete most passes you ask of him. The dribbling is incredible, he feels incredible silky, along with actually feeling decently strong. The weak foot on the card is solid, but you want to aim to keep him on his right. Work rates get him up and down nicely too.

Used this guy in my fun to play team with players under 23 (meslier 77 gk davies 86 lb, nianzou, upamecano 86, frimong 88, camavinga 78, chalobah cdm 88, olise 73, elanga 74, elliot 73 and joao pedro 87) Elanga replaced vini 86 (i know it's a downgrade but i have him in my main team so i don't want to use him in this one too.) So, this man was amazing he was rapid and amazing with the ball on his feet but tbh i was dissapointment with his shooting. I played 5 matches with him and he had in at least the 4 of them a big chance for goal but he scored only 1 goal. I found olise and Elliot more clinical than him even though his shooting was miles worse. It might was he gameplay I will give him more chances but in these 5 matches his shooting was meh. Except shooting his passing wasn't amazing too. Sometimes he did some wrong passes on the field. Generally a really fun card (especcially for a united fun, personaally I am a liverpool fun but ok).

This card is absolutely cracked... It's a silver, I tried it on Silver Lounge and Div Rivals Elite Division, the long shots are insane. This card isn't better than Neymar and those average LW's. But the point of this event and the card it's to play it on silver loungue and have fun with the card.

Shooting is good for a winger