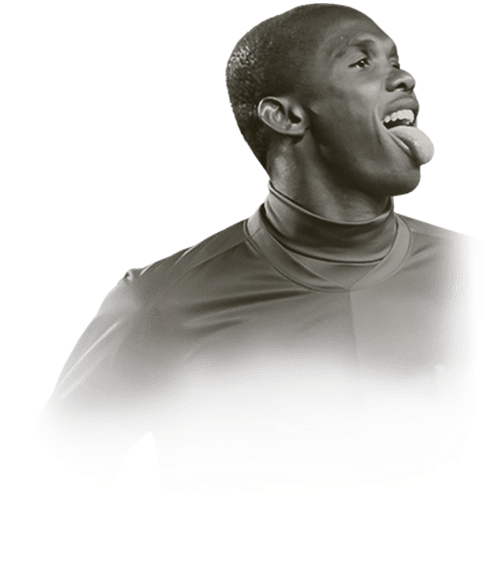 -
Sub out
Upcoming Matches
P. Chemistry
Squad chemistry
ST
93
RW
92
LW
92
CF
93
RF
93
LF
93
CAM
91
CM
84
RM
90
LM
90
CDM
69
CB
63
LB
69
LWB
72
RB
69
RWB
72
Reset
Basic
Sniper
Finisher
Deadeye
Marksman
Hawk
Artist
Architect
Powerhouse
Maestro
Engine
Sentinel
Guardian
Gladiator
Backbone
Anchor
Hunter
Catalyst
Shadow
Comments
Reviews
0
/600
Click here to verify your account in order to comment Update my avatar Dos and don'ts
Top Rated
New
Controversial
Show comments
Top Reviews
Only logged in users can submit a review
A review must be written in English
At least 200 characters are required.
Compare this player to other similar players you have used(optional).
If you import your club to FUTBIN or send us an image with the player data(fill the form below) your review will be marked as verified.
Include what you liked about the player in the pros area and what you disliked about the player in the cons area.
Your review will be manually checked during the next 24 hours.
Chem Style Used
Formations
Position
Rate Player Base Stats (1-10)
Pace
5
Shooting
5
Passing
5
Dribbling
5
Defending
5
Physicality
5
Most Used In:
Submit Review

I was lucky enough to get him in the cracked mid/prime player pick and I had gone all in, selling my TOTY HM Foden in order to afford the SBC veggie it was patched. Foden was an essential part of my squad and along with baby Cruyff, he was my top goalscorer. Eto'o picked up right where Foden left off and managed to surprise me with how prolific he is. He doesn't quite seem to have the same initial burst of pace that Foden did, maybe that's because he had custom animations, but regardless, he's an absolute menace on full sprint. His ball control is sublime and I had absolutely no problems getting rid of the stickiest of defenders like HM Kounde or TOTY Marquinhos. Eto'o has a certain jammy factor to him too, which Foden possessed as well, allowing him to win balls and wriggle through tight situations with relative ease. And then, once you're through on goal, it's essentially game over for the opponent. Near perfect shooting, a barely noticeable 4* WF, both meta shooting traits are all you need to put away every chance you get. His shot power and long shots are solid too so don't be shy to launch them from the edge of the box. He's scored some absolutely belters for me from range and has also humiliated some CBs with his filthy dribbling to get into positions for easy finishes. Needless to say, he's everything you'll ever need from an elite striker, and then some. An endgame card if there ever was one.

Seeing as he is in swaps and the other review was very positive I thought I would share my thoughts as they are quite different.

I got him out of the moments pack and was gassed up but using him was very disappointing. The dribbling isn't that good and the shooting also just doesn't feel crazy. He's fast but not that strong. Idk - just not my cup of tea and may not be yours --> a good comp for him is Braithwaite 90 but that Braithwaite is much stronger so idk

Would not recommend using your hard earned tokens on him perssonally.