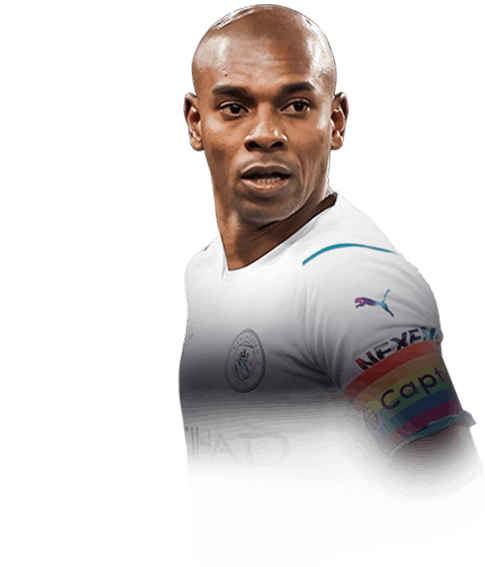 -
Sub out
Upcoming Matches
P. Chemistry
Squad chemistry
ST
85
RW
86
LW
86
CF
87
RF
87
LF
87
CAM
87
CM
89
RM
87
LM
87
CDM
93
CB
92
LB
90
LWB
90
RB
90
RWB
90
Reset
Basic
Sniper
Finisher
Deadeye
Marksman
Hawk
Artist
Architect
Powerhouse
Maestro
Engine
Sentinel
Guardian
Gladiator
Backbone
Anchor
Hunter
Catalyst
Shadow
Comments
Reviews
0
/600
Click here to verify your account in order to comment Update my avatar Dos and don'ts
Top Rated
New
Controversial
Show comments
Top Reviews
Only logged in users can submit a review
A review must be written in English
At least 200 characters are required.
Compare this player to other similar players you have used(optional).
If you import your club to FUTBIN or send us an image with the player data(fill the form below) your review will be marked as verified.
Include what you liked about the player in the pros area and what you disliked about the player in the cons area.
Your review will be manually checked during the next 24 hours.
Chem Style Used
Formations
Position
Rate Player Base Stats (1-10)
Pace
5
Shooting
5
Passing
5
Dribbling
5
Defending
5
Physicality
5
Most Used In:
Submit Review

he is 36 but one of the best prem midfielders of al time. and in fifa he also is one the best midfielders i used this year. he is small but he isn't that easy to put of the ball. and he is very good on the ball. he also is a kante type he has high defending workrates and goes for every ball.

If there's one thing for you to take away from this review: swap this card to CB.

And I know he's 5'10" (70 in * 2.54 for cm I think) and that isn't for everybody, but I used to be that way too. I used to need a physically imposing and strong CB that could auto-tackle, but as the game cycle has progressed, I've become a changed man. There was a time when I would switch to my CBs and actually try and defend, but alas, that only hurt me in my quests for digital glory, so in the current FIFA 22 environment, I no longer switch to my CBs... Really, this card is perfect for the meta defender, like I sadly am.

Ah, yes, the card itself! I think slapping and Anchor on and looking at Futbin's in-game rating is enough to know this card is perfect for a CB.

Personally, I'm starting this card at CM and swapping to CB, keeping this this card on-chem and sacrificing a CDM on 7 at CB to start. Does that make sense?

Heres the arbitrary ratings for the stat categories:

Shooting: Hasn't scored for me yet, and since he's a CB, the only chances he gets to score are off corners, but since he's 5'10", he doesn't go into the box. I'm sure he will be great at shooting when he inevitably gets caught too high... - N/A

Passing: Very nice. Easily slams a power pass into the forwards. Can't ask for much more - 4.7/5

Dribbling: Pretty good for a CB, but nothing crazy. It gets the job done - 3.7/5

Defending: You need to try this card to understand - 5/5

Physical: Stamina is hardly noticeable at CB, and the rest of the physicals are boosted to almost max by the Anchor - 4.5/5

Nobody cares about skills and weakfoot on a CB, so those don't matter. In fact the only real negative for this card being a CB is the Medium Attacking Workrate, because he kind of forays forward a bit too much. Decreasing depth and width on defense I've found fixes this, though.

Overall, if you need a CB, this card is a must do. I'm sure he would play great even if you started him on 7. This SBC is a little pricey, especially since TOTS is around the corner, but this is a video game with a fake currency. Just have fun. - 4.9/5