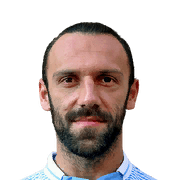 -
Sub out
Upcoming Matches
P. Chemistry
Squad chemistry
ST
83
RW
73
LW
73
CF
79
RF
79
LF
79
CAM
76
CM
70
RM
72
LM
72
CDM
56
CB
54
LB
51
LWB
53
RB
51
RWB
53
Reset
Basic
Sniper
Finisher
Deadeye
Marksman
Hawk
Artist
Architect
Powerhouse
Maestro
Engine
Sentinel
Guardian
Gladiator
Backbone
Anchor
Hunter
Catalyst
Shadow
Comments
Reviews
0
/600
Click here to verify your account in order to comment Update my avatar Dos and don'ts
Top Rated
New
Controversial
Show comments
Top Reviews
Only logged in users can submit a review
A review must be written in English
At least 200 characters are required.
Compare this player to other similar players you have used(optional).
If you import your club to FUTBIN or send us an image with the player data(fill the form below) your review will be marked as verified.
Include what you liked about the player in the pros area and what you disliked about the player in the cons area.
Your review will be manually checked during the next 24 hours.
Chem Style Used
Formations
Position
Rate Player Base Stats (1-10)
Pace
5
Shooting
5
Passing
5
Dribbling
5
Defending
5
Physicality
5
Most Used In:
Submit Review

I saw this card in TOTW and it immediately caught my eye, the best striker in La Liga finally got a well deserved special card after getting robbed of a TOTS. Picked him up for 10k and had no regrets. His three legs make him absolutely rapid the pace stat is a complete lie. He doesn't need high passing stats because this man doesn't need teammates to pass to. I had him up front next to TOTS Lewandowski and let's just say Lewandowski went straight into an 80+ player pick because he is no longer needed. His 6'4", high & average build makes him a dream guy for any woman in the world makes him the Kosovar Pete Davidson. As a whole, Vedat Muriqi is a must buy for any FIFA player, with a hunter chem style he becomes much better than moments R9 and is already being eyed up by the best pro players ahead of the next tournament, so get him before he rises!

Physical (not the song by Dua Lipa)

plays in all 11 positions