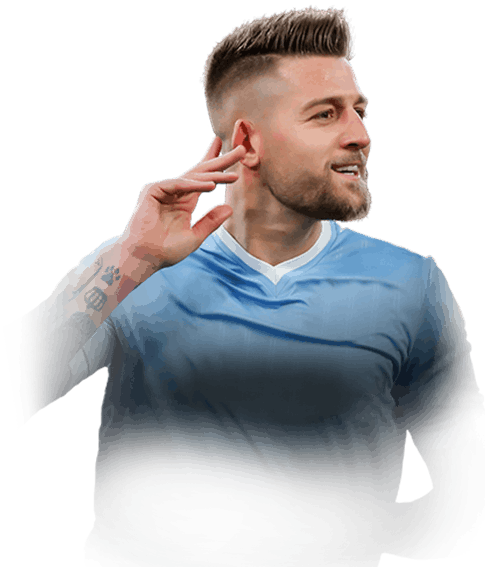 -
Sub out
Upcoming Matches
P. Chemistry
Squad chemistry
ST
93
RW
92
LW
92
CF
94
RF
94
LF
94
CAM
95
CM
96
RM
93
LM
93
CDM
93
CB
91
LB
89
LWB
89
RB
89
RWB
89
Reset
Basic
Sniper
Finisher
Deadeye
Marksman
Hawk
Artist
Architect
Powerhouse
Maestro
Engine
Sentinel
Guardian
Gladiator
Backbone
Anchor
Hunter
Catalyst
Shadow
Comments
Reviews
0
/600
Click here to verify your account in order to comment Update my avatar Dos and don'ts
Top Rated
New
Controversial
Show comments
Top Reviews
Only logged in users can submit a review
A review must be written in English
At least 200 characters are required.
Compare this player to other similar players you have used(optional).
If you import your club to FUTBIN or send us an image with the player data(fill the form below) your review will be marked as verified.
Include what you liked about the player in the pros area and what you disliked about the player in the cons area.
Your review will be manually checked during the next 24 hours.
Chem Style Used
Formations
Position
Rate Player Base Stats (1-10)
Pace
5
Shooting
5
Passing
5
Dribbling
5
Defending
5
Physicality
5
Most Used In:
Submit Review

Look, I'll keep it short and sweet. This is basically a slightly better IG Moments Gullit who can turn on a dime for 90k. Yes, I know he's hard to link, but he strong links Immobile and the Serie A TOTS cards are all insane so you should be able to find a way to get him on 10 chem. Renato Sanches FUTTIES levels of broken we are talking here.

Pace, Shooting, Passing, Dribbling, Defending and Physical. SMS in previous FIFAs was great but turned heavy, akin to a truck. This version turns so smoothly its crazy. Oh and he has 5 star WF. This is the best midfielder in the game bar none for 90k. Let me repeat that. 90k. And its only been in packs about 24 hours at the time of writing. What are you waiting for?

In my red picks this weekend, I got Vlahovic and Milinkovic-Savic and despite me having a predominately ligue 1 squad after last weekend, I tried the two out in about 10 elite div rival matches. I played Savic at CDM in a 442 (2) next to flashback kessie and despite his H/M work rates; OMG he is everywhere. Aswell as this, his through balls and long balls are incredibly clinical. He is also very good under pressure with his unbelievable dribbling stats and 5* WF. Also very good long shots, he scored 2 outside the box goals. However if you buy this card expecting him to be a midfield sweeper then he isn't your man, you should pair him alongside a great def midfielder to unlock his benefits. Overall, a brilliant passer and dribbler who's awesome in transition and great next to the right partner