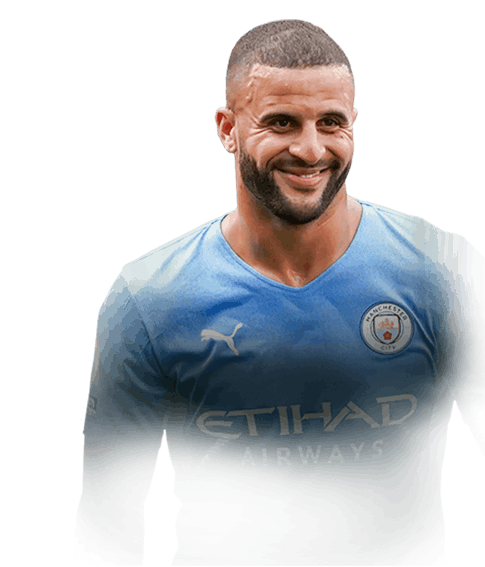 The walker was one of the best defenders in fifa, very fast, good physique, good defense and very agile and good crosses

I got lucky and got him from my 85+ x 20. I knew he was insane because i had gotten his loan prior to this pack and used him for 7 games in weekend league, he was unbeateable. For gameplay highlights visit my youTube channel "KLN STUDIOS" - video title :"BEST ANNUAL CB KYLE WALKER EVER! - 95 RATED SHAPESHIFTERS CB KYLE WALKER REVIEW - FIFA 22 "

Heading into the stats:

Shooting: It's a CB card so i didn't really shoot much but when i got a chance i let it rip and it wasn't too far away actually. 7.5/10

Passing: Long passes, short passes and over throughs were fantastic. He could easily create chances from that cb position. 9.5/10

Dribbling: he surprisingly dribbles really well and can use his power and ball control to keep the ball and wriggle out of tight spotswhen needed. 9.5/10

Defending: Fantastic, courtesy of the speed and physical. Catches literally everyone and comes out with the ball so easily. The physical also plays a big part which i will get down to next. 9.5/10

Physical. Walker is always very strong in fifa, especially the special cards and there's no exception with this one. Like i said the physical plays a huge part in the defending ability that this card has and that's purely because he can push absolutely everybody off the ball. 10/10

If you have 1 million coins and need a cb, buy this card! He is honestly the best cb in the game and i 100% recommend him.

Maybe just the price being 1 million at this stage of the game. It's not that he isn't worth it, he definitely is. It's just that it's a lot of coins. But like I said, he is the best CB in the game and is worth every coin.

This Walker card is 100% one of the best cb's in the game (my personal ranking is below). He is very fast (catches up to basically anyone) and has crazy defending animations and defending in general. The problem is that he is not very accessible for most players because he's 1.7 mil and that's ridiculous for a defender. He is also very rare to pack even from the shapeshifter player picks. Apart from being overpriced, the only other issue is his height, but he is tall enough for most scenarios. I wish he was more agile as well but that is a very minor issue due to his pace and defending.

Personal ranking of the best cb in the game:

As the new promo Summer Stars coming round the packs available from summer stars tokens are insane. For two tokens only i did the 83 x 25 and was able to pack my self Kyle Walker's amazing shapeshifter and Delaine in the pack. Despite him being 1.3M coins me being able to use this total insane card for basically free is awesome. I've played against Mbappe's tots card multiple times in fut champs this weekend and he has really saved me. I have to come clean he might just be the best center back I've used this fifa, Comparing him to another center back like varanes flash back card that i used in co-op with my friend this card is totally the card i would go for

Kyle Walker, looking at this card is enough to tell that he can't be bad ingame. With my incredible luck I managed to get him in my 9 wins player pick. This card is just incredible, his defending animatioons are the best I have experienced this year. His physical is maybe not as good as Chiellini, but it is still amazing. All the other stats needed for an CB does not disappoint too. This is by far the best CB I have ever used!

Shooting (Not too important as CB)

Height (Not a massive con, but it isn't optimal)