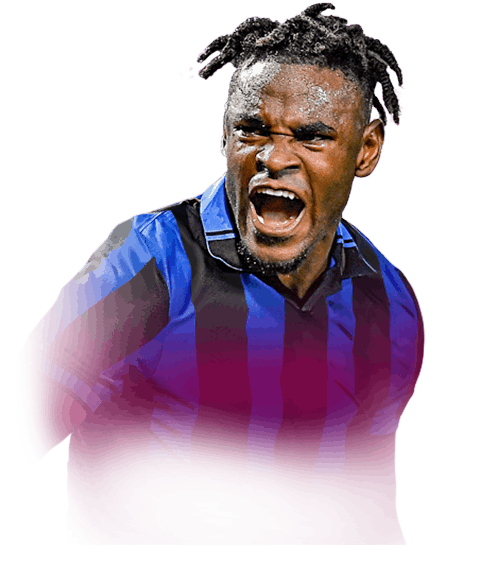 0
Sub out
Upcoming Matches
P. Chemistry
Squad chemistry
ST
97
RW
93
LW
93
CF
95
RF
95
LF
95
CAM
94
CM
86
RM
92
LM
92
CDM
71
CB
65
LB
67
LWB
70
RB
67
RWB
70
Reset
Basic
Sniper
Finisher
Deadeye
Marksman
Hawk
Artist
Architect
Powerhouse
Maestro
Engine
Sentinel
Guardian
Gladiator
Backbone
Anchor
Hunter
Catalyst
Shadow
Comments
Reviews
0
/600
Click here to verify your account in order to comment Update my avatar Dos and don'ts
Top Rated
New
Controversial
Show comments
Top Reviews
Only logged in users can submit a review
A review must be written in English
At least 200 characters are required.
Compare this player to other similar players you have used(optional).
If you import your club to FUTBIN or send us an image with the player data(fill the form below) your review will be marked as verified.
Include what you liked about the player in the pros area and what you disliked about the player in the cons area.
Your review will be manually checked during the next 24 hours.
Chem Style Used
Formations
Position
Rate Player Base Stats (1-10)
Pace
5
Shooting
5
Passing
5
Dribbling
5
Defending
5
Physicality
5
Most Used In:
Submit Review

Feels like he has a unique body type in game. Played 3 games and he scored 5 goals and 1 assist. That's all from being subbed on from the bench. I play him up top with futties tammy and oh my, these 2 are perfect. He feels unique the way he plays and i honestly enjoy him more than tammy. I usually finish rank 4 or 3 in fut champs and play in elite division.

His pace is superb, dribbling is surprisingly good even in the hellish gameplay, heading and jumping are great. His finishing in the box is so lethal, he hasn;t missed the target yet. He gets so many rebounds and jams through tackles. Trust me you will enjoy this card and his skill moves also come of great. Overall a fun card, hes so good to the point i would build a whole seria team just to use him.

Jammy as they come

although he is worth i do feel like he is slightly overpriced for the value.

My weekend league wasn't going the greatest when I decided I needed a change in my team, The Tammy Abraham in my team was decent but I just wanted a little more , I looked at Zapata and decided to take the risk hoping an engine would save him and I was right, His card is a very good striker, His shooting, pace, and strength are literally perfect, he has very good links being a premium futties card in the serie a and Colombian giving him a perfect link to cordoba and cuadrado, his card seems to intercept a lot for some reason even though he only has 30 interceptions, and his heading is perfect. The big thing I thought might be questionable with him was his dribbling, and I've got to say he proved me wrong, he's no messi but he doesn't even feel that clunky his left stick isn't that bad but with 5* skills it allows you to get around pretty well. He does a very good job of receiving over the top through balls and holding off defenders.

Kind of expensive with lots of other options

My first review so no judging please and thanks. I play him up top in a 4312 with Abraham and zapata as both strikers. I typically love tall strikers such as Abraham and Weghorst and so when I saw 6 foot 2 99 jumping and 99 heading I knew what I was in for. And oh lord he does not disappoint.

So, lets get into it.

Pace: an engine gives him 99 pace and you can tell, obviously not lightning quick but very quick indeed. Coupled with his strength there’s no stopping him.

Shooting: lets be honest 99 finishing, shot power and positioning speaks for itself, aim, shoot and goal. That simple. Long shots go crazy for some reason as well, the shot power just seems to curve right into the top bins every time.

Passing: nothing really too special to say here, does what it says on the tin, he can hit a pass, and accurately.

Dribbling: one of his best attributes, he can dribble better than Lana Rhodes, he is a beast, he will twist and turn like a beast, and its so sticky in the tight spaces, its unbelievable. He struggles in bad gameplay, but that’s expected, as so does everyone.

Defending: how too put this… He’s not a CB. His heading is unreal tho, as shown by the 99 heading accuracy.

Physicality: a beast. He is so strong, his 99 strength is unbelievable, he bullies van disk, Dias, Marquinhos and militao within ease, so fun to play with. Player lock to him, run at a defender and then playa through ball and he cant lose.

Overall, he is unbelievable, definitely recommend and you’ll be missing out if you don’t.

Dribbling : sticky in the box, unreal